A U.S. soldier from the 3rd Cavalry Regiment walks with his rifle, after returning from a mission at forward operating base Gamberi, in the Laghman province of Afghanistan, Dec. 15, 2014.
Lucas Jackson—Reuters
By Ian Bremmer

America is not in decline. The U.S. will have the world’s most formidable military for the foreseeable future. Its economy remains the world’s largest, and its recovery will probably gather more steam in 2015. Its workforce is not aging nearly as quickly as that of Europe, Japan or China. No country has a greater capacity for technological innovation. Almost all the world’s biggest tech companies are based in the U.S. For next-generation cloud computing, artificial intelligence, advanced manufacturing and nanotechnology, bet on the U.S. America has an entrepreneurial culture that celebrates not simply what has been accomplished but also what’s next. There is every reason to be confident that America has a bright 21st century future.

But its foreign policy is a different story. American power is on the wane, a process that will accelerate in 2015. Power is a measure of one’s ability to force others to do things they wouldn’t otherwise do, and there are now more governments with enough resources and self-confidence to shrug off requests and demands from Washington. There was never a golden age of U.S. power when an American President could count on other governments to do as he asked. But there are several reasons the U.S. is now less able to build coalitions, forge trade agreements, win support for sanctions, broker international compromise or persuade others to follow its lead into conflict than at any other time since the end of World War II.

First, there are a growing number of emerging powers that, although they can’t change the global status quo on their own, have more than enough power to ignore what America wants—and even to block U.S. plans they don’t like. For example, Washington can still tell governments of developing countries that access to capital from Western-dominated lending institutions like the IMF and the World Bank depends on democratic or free-market reforms. But the strongest emerging markets need capital less than they used to, and some of them are creating their own lending and investment institutions.

The BRICS countries—Brazil, Russia, India, China and South Africa—in 2014 launched a $50 billion development bank, an alternative to Washington-based lenders. The BRICS bank can’t by itself end U.S. dominance of the global financial system. But add the China Development Bank, the Brazilian Development Bank (BNDES) and an expanding list of important regional lending institutions, and the world’s borrowers are no longer quite so dependent on Western lenders. The numbers tell the story. In 2013 the World Bank disbursed $52.6 billion. The same year, Brazil’s BNDES invested $85 billion, and its Chinese equivalent extended loans valued at $240 billion.

While emerging powers awaken, Washington’s relations with its traditional allies are not what they used to be. It was inevitable that as the Cold War receded further into history, Americans and Europeans would have less in common. Both are unhappy with Vladimir Putin and his assault on Ukraine, but Russia is not the Soviet Union. It’s not a global military power. European nations have far more economic exposure to Russia than America does, and Washington needs Putin’s help to get things done in other regions, most notably in the Middle East. Though the U.S. and Europe have coordinated their sanctions on Russia so far, we’re more likely in 2015 to see disagreements over how best to handle Putin.

Nor has it helped transatlantic relations that the U.S. National Security Agency was reportedly listening to German Chancellor Angela Merkel’s phone calls and collecting Internet data, raising fears across Europe that U.S. information-technology firms have given America’s spy agencies deep access to European secrets. Last February, Merkel took the extraordinary step of calling for a European Internet, one walled off from the U.S. So much for free movement through cyberspace.

Anti-American anger in many European countries—which rose sharply during the presidency of George W. Bush, then eased with the election of Barack Obama—was tested by the spy revelations. It will be tested again by the Senate’s recently released torture report, which embarrassed a number of European governments that reportedly provided “black sites”—secret U.S. prisons—for use by the CIA. This can only make it more difficult for the next U.S. President to win support from European leaders for anything that wary European voters might not like. The country’s relations with Britain will suffer in years to come as it becomes clear that the U.K. will sharply reduce the role it plays in Europe or exit the E.U. altogether. Britain has given Washington much of its influence inside the E.U., and a U.K. outside Europe would weaken the alliance.

It’s also inevitable that the rise of China will fray U.S. ties with allies in Asia as the governments of these countries hedge their bets on U.S. staying power in the region. An ally like Japan knows that Washington is now less likely to intervene in its security disputes because the American public won’t support a lasting U.S. commitment to solve what are perceived to be other people’s problems. A Pew Research poll conducted in late 2013 found that for the first time in the half-century that Americans have been asked this question, a majority of respondents said the U.S. “should mind its own business internationally and let other countries get along the best they can on their own.” Just 38% disagreed. More recent polls tell the same story. In a democracy, no President can sustain an expensive, ambitious foreign policy without reliable public support. In the U.S., this support is no longer there, and the world knows it. Short of another large-scale terrorist attack on U.S. soil, it’s hard to imagine anything that can restore public appetite for a more assertive foreign policy anytime soon.

For all these reasons, the U.S. will exercise less power in the coming years in nearly every region of the world, and we can expect a de-Americanization of the international system. But there are other forces at work as well. Some countries will make a more determined move away from reliance on the dollar. As the world’s primary reserve currency, the dollar has served for decades as the vital asset for central banks and commercial transactions of all kinds. Dollar dominance offers the U.S. important advantages. Its stability ensures that the country remains the safest port in any storm, attracting investment that keeps U.S. interest rates relatively low, despite the expansion of the national debt. It helps U.S. companies avoid the transaction costs that come with currency conversion and allows Washington to pay its debts by simply printing more money.

But dollar dominance is on the wane as China, Russia, Brazil and others move to denominate more of their commerce in other currencies. Five years ago, China conducted trade almost entirely in dollars. Nearly a quarter of that trade is now settled in renminbi.

At the same time, China has announced the creation of an Asian Infrastructure Investment Bank, an institution that will not require borrowing nations to uphold the environmental and labor standards that are conditions of help from Western capitals. China has also created a $40 billion Silk Road Fund that is designed to extend Chinese commercial influence across South and Central Asia and into Europe. Those initiatives will give China greater market power—and therefore political influence—with the governments of partner countries and will help Beijing escape the dominance of U.S.-mandated rules and standards. In addition, Russia and China are now talking about creating their own ratings agency to further diminish Western influence in their economies.

The emergence of new lenders and investors provides autocratic governments access to cash without having to promise democratic reforms. But diminished influence abroad is only part of the story. For many emerging states, partisan paralysis in Washington makes democracy a less than appealing path toward development.

Nor will it be as easy for the U.S. to build greater support for market-driven capitalism, particularly as China continues to demonstrate the growth potential of the state-driven variety. In 2015 congressional opponents of the U.S. Export-Import Bank, an 80-year-old institution designed to enhance the market power of U.S. companies operating abroad, will finally have a golden opportunity to kill it. At the same time, though much has been made of China’s economic-reform process, changes to China’s economy have less to do with privatization and more with making China’s enormous state-owned companies work more effectively.

American prospects in the Middle East are not, for the moment, very encouraging. The Obama Administration’s bid to make a deal with Iran to scuttle its nuclear program leaves the Saudis worried that the U.S. will lift sanctions on Riyadh’s bitterest rival, shifting the region’s balance of power in Iran’s favor. The continued erosion of U.S.-Saudi ties will persuade the Saudi royal family to run a much more independent foreign policy than it used to. For example, though technically part of a U.S.-led anti-ISIS coalition, the Saudis are not working as hard as they could to track funding and arms that militants from the Islamic State of Iraq and Greater Syria receive as they work to destabilize Iraq and Bashar Assad’s Syria. Even in places where the U.S. and Saudis have shared interests, the two countries are no longer closely coordinating policies.

The most direct challenge will come from China. Washington is still working to solidify its long-term commercial and security interests in East Asia via the Trans-Pacific Partnership, a colossal U.S.-led trade deal involving a dozen countries on either side of the Pacific. For the moment, this is not a deal that will include China and its state-dominated economy. That’s why China is working on an enormous international trade deal of its own. At a regional summit meeting in November, Chinese President Xi Jinping announced a road map for the creation of a Free Trade Area of the Asia-Pacific (FTAAP). More than 20 countries have formally signaled interest in FTAAP membership. In fact, China—not America—is now the world’s lead trading nation. According to analysis by the Associated Press, in 2012 the U.S. was the largest trade partner for 76 countries, and communist China was the lead partner for 124.

The U.S. will remain the world’s most powerful nation for years to come, but that status doesn’t carry as much weight as it used to. Advantages enjoyed for decades are fading as new powers push for new rules and standards—in international politics, the global marketplace and online. Globalization will continue to spread new ideas, speed the flow of information, lift nations out of poverty and drive global consumption. But it’s less likely than before to promote American values and an American worldview.

Bremmer is president of Eurasia Group, a political-risk consultancy

Read next: Number of Uninsured Americans Near Historic Low 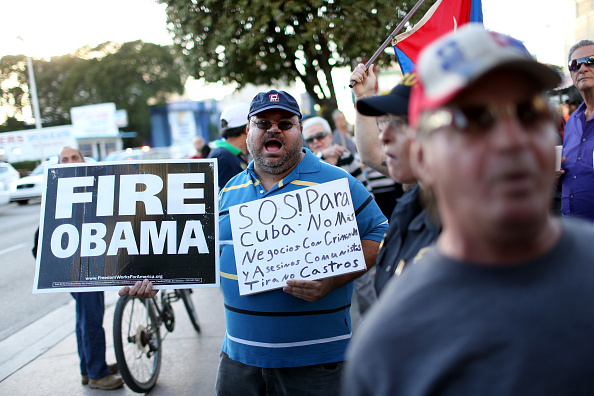 'A Slap in the Face': Pilots' Families Balk at Cuban Prisoner Swap
Next Up: Editor's Pick