For many, New Year’s celebrations can be the among the most fun parties of the year. But there’s a reason police departments and firemen and hospitals brace themselves for the holiday: amidst the revelry is a spike in some legitimate health risks like gun injuries and unsafe intoxication. Enjoy the holiday, but make sure to take care of yourself.

It’s never a good idea to fire a gun aimlessly, and New Year’s Eve is a time when people apparently like to do just that. A bullet fired in the air can travel up 2 miles before falling back down at a speed between 300 and 700 feet per second, fast enough to kill you, according to the Los Angeles Police Department. Stray bullets kill dozens of people annually. The guidelines for celebratory gun fire are pretty simple: just don’t do it. It’s illegal, and it’s dangerous.

Drunk driving kills 10,000 people in the United States every year, and the holiday season is one of the most dangerous times to be on the road. During the holidays, two to three times more people die in drunk driving crashes than on average. Selecting a designated driver, taking a cab or refraining from drinking during your celebration of the New Year will reduce your risk, but remember you’re not the only one on the road. Stay vigilant and report others who you think may be driving intoxicated.

Drinking is a quintessential part of the New Year’s experience for many, but one too many drinks can dampen the fun. Cross your limit by a few more drinks and alcohol poisoning can kill you. On New Year’s Eve, just remember that normal recommendations for safe alcohol consumption apply. Pace yourself, count your drinks, don’t consume drinks from strangers, and hydrate with water.

More than 11,000 people sustained injuries from fireworks last year, including eight fatal injuries. The best way to avoid an injury from fireworks is to let the professionals handle them. But, if you do feel the need to launch your own pyrotechnics, there are a few rules to follow. First, don’t hand fireworks off to kids, even the smaller and seemingly less dangerous ones. Around 40% of injuries came from small devices like bottle rockets and sparklers in 2013, and children under five experienced a higher rate of fireworks injury than any other age group, according to the Consumer Product Safety Commission. Also, avoid illegal or homemade options. If a firework is illegal, there’s a reason. 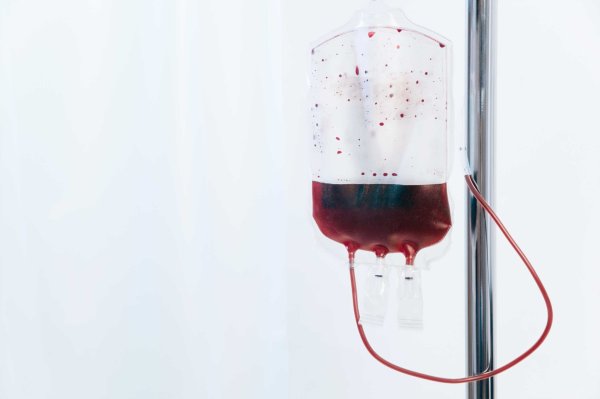 FDA to Allow Gay Blood Donors
Next Up: Editor's Pick