Air pollution killed 7 million people across the globe in 2012, making it the world’s largest single environmental health risk, according to the World Health Organization.

Outdoor air pollution was linked to about 3.7 million deaths, with about 80 percent of those deaths the result of stroke and heart disease. The most air pollution-related deaths happened in Southeast Asia and the Western Pacific, per AFP. Meanwhile, the effects of indoor air pollution — caused by coal, wood, and open-air fires — killed an estimated 4.3 million people, NBC News reports.

“The risks from air pollution are now far greater than previously thought or understood, particularly for heart disease and strokes,” WHO’s Dr. Maria Neira said in a statement. “Few risks have a greater impact on global health today than air pollution; the evidence signals the need for concerted action to clean up the air we all breathe.”

For comparison’s sake, a 2008 WHO report estimated outdoor pollution led to about 1.3 million deaths, while about 1.9 million people were killed by indoor pollution. The jump in figures is due to a change in research methods, AFP reports. 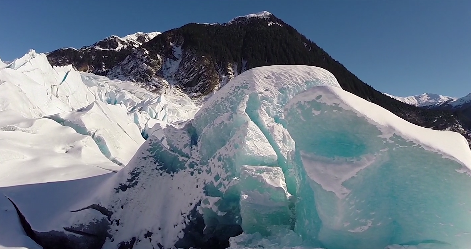 Take a Tour of Alaska's Stunning, Eerie Ice Caves With This Video Shot Using a Drone
Next Up: Editor's Pick