Everything We Know as Serial's Season One Ends

As the 12th installment of Serial downloads on countless phones Thursday morning, a common question will reverberate through curious minds: Did he do it? Did Adnan Syed kill Hae Min Lee on that January day back in 1999?

Of course, for steadfast listeners of Sarah Koenig’s immensely popular This American Life spinoff, the more relevant question is whether Koenig herself will tell us whether she thinks he did it. In the moments before this final revelation — or, as the case may be, lack thereof — here are the most important clues from the first 11 episodes:

Adnan’s defense attorney may have botched the case. Koenig raises some serious questions about the competence of Adnan’s attorney, Cristina Gutierrez. It’s not clear why she never reached out to Asia McClain, whose memory of speaking to Syed at the library on the afternoon of Hae’s disappearance could have offered a crucial alibi. It’s not clear where the $10,000 she requested from Adnan’s family went, although we do know that the Attorney Grievance Commission of Maryland paid out more than $200,000 to other clients who claimed she had misused their money. In an interview with TIME, Koenig asserted that what Gutierrez offered Adnan was certainly “flawed counsel,” but she’s not convinced that the lawyer intentionally threw the case.

Those who knew Adnan offer mixed accounts of his character. By many accounts, Adnan was a kind and conscientious teenager respected by peers and within his Muslim community. The impression that Adnan didn’t have it in him to commit a murder is what led family friend Rabia Chaudry to approach Koenig in the first place. Though it appears he put on one face for his strict, religious parents and another for his teenaged friends, there’s nothing inherently sinister in that attempt to navigate two different worlds. Some sources, however, dispute this characterization and point to darker clues. In the most recent episode, Koenig reveals that Adnan used to steal money from his mosque, although he maintains that it was a regrettable mistake unrelated to his capacity to commit a heinous crime. A teacher said Adnan’s poetry showed a “dark side,” but it’s not clear whether the darkness she interpreted reflects typical teenage brooding or something deeper.

Adnan’s conviction is based almost entirely on the testimony of a former friend named Jay. Koenig spends much time dissecting Jay’s testimony and his trustworthiness as a witness. Jay claims to have helped Adnan bury Hae’s body. His cooperation with detectives is directly linked to his guilty plea to accessory to murder, in exchange for which he served no jail time. His story changes several times, and three hours of his interview with the police were not recorded. Perhaps most damning, Koenig finds that the prosecuting attorney recommended an attorney to represent him pro bono — a major conflict of interest that might have made Jay feel additional pressure to appease the prosecution. To some of the jurors Koenig interviewed, Jay was streetwise and credible. To many of his former classmates, he was an enigma, difficult to pin down and even harder to read.

The cell phone records the prosecution used leave much to be desired. The prosecution used cell phone records from the day of Hae’s disappearance to try to corroborate Jay’s story. But out of 14 pings to different cell towers, the prosecution only cited four, because those were the only four that matched Jay’s account. The pings that conflicted with his account were swept aside. When Koenig and another reporter attempted to retrace Adnan and Jay’s steps according to the cell tower timeline, they found the timing possible, but dubious. To add to the phone-related mystery: a classmate of Adnan’s named Laura, who used to shoplift from the Best Buy from which Adnan allegedly called Jay after killing Hae, said that Adnan couldn’t have called Jay from the Best Buy payphone because it didn’t actually have a payphone.

We have yet to hear a probable alternative to who else might have committed the murder. In an earlier episode, Koenig explores the story of Mr. S., a school maintenance worker who discovered Hae’s body in Leakin Park. Though Mr. S. had a record of streaking, and his having randomly stumbled upon Hae’s body is difficult to believe given how well hidden it was, Koenig ultimately dismisses the likelihood that he had anything to do with the murder. Koenig raises the possibility that Jay or Hae’s new boyfriend Don might have played a greater role, but nothing seems to warrant a deeper investigation. Exonerating Adnan, of course, does not require identifying a more plausible killer. But it would certainly help his case.

Koenig’s investigation has been so thorough that Adnan’s brother Yusuf believes “she’s doing a better job investigating than the police did.” Despite the troves of evidence she’s pored over, the experts she’s consulted and even the Innocence Project she enlisted to review the case, it remains unclear whether it’s enough to sway Koenig — and her listeners — to a definitive stance on the whodunit. As she told TIME in October, “I am hopeful that I will figure it out one way or the other … I may have to give that up along the way, but today, I’m hopeful.” In the meantime, Adnan eagerly awaits an end to the rehashing the podcast has foisted upon him, and fans await details on season two. 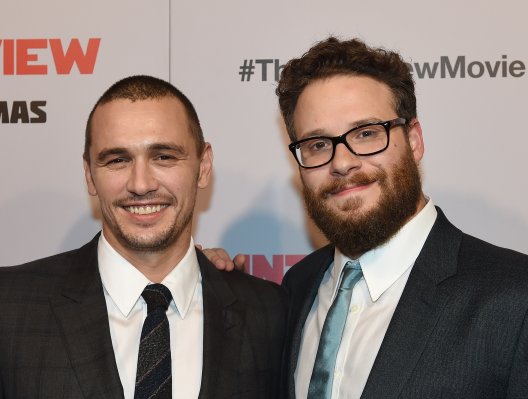 Hollywood Stars Support The Interview
Next Up: Editor's Pick