Police clash with protesters on the West Side Highway December 3, 2014 in New York. Protests began after a Grand Jury decided to not indict officer Daniel Pantaleo.
Yana Paskova—Getty Images
Ideas

The tragic death of Eric Garner last July has fueled a growing campaign against broken windows policing. Garner was selling untaxed, loose cigarettes—a misdemeanor offense—on a commercial strip of Staten Island, NY, when a group of New York police officers tried to arrest him. He resisted, and the officers brought the 350-pound asthmatic to the ground by pulling him down by his neck. Garner went into cardiac arrest and eventually died.

Garner’s death was a grotesque tactical failure. But police critics say that it also illustrates the dangers of broken windows policing, especially for minorities. Broken windows theory holds that enforcing public order laws—such as laws against graffiti, trespassing, and illegal street vending—reduces both the fear of crime and crime itself. According to critics, however, public order policing is a racist assault on poor minority neighborhoods that criminalizes innocuous behavior. Should the critics succeed in reducing or eliminating low-level misdemeanor enforcement in New York City, they may produce a paradoxical consequence: a rise in the New York State prison population.

As the national prison census rose steadily over the last 15 years, New York State’s prison population dropped a remarkable 17% from 2000 to 2009. This drop in the incarcerated population was all the more surprising, since the average New York State prison sentence lengthened considerably during that time and the number of arrests in New York City—which is responsible for the vast majority of New York State prisoners—increased.

The rise in arrests and the lengthier felony sentences (now among the nation’s longest) should have inflated the prison population. The opposite happened, however, because the type of arrests that the New York Police Department was making had changed radically. As Michael Jacobson of the Vera Institute and James Austin of the JFA Institute document in “How New York City Reduced Mass Incarceration,” misdemeanor arrests in New York City shot up and felony arrests plummeted, thanks to the advent of broken windows policing in 1994. (Franklin Zimring reached the same conclusion in his book, The City That Became Safe.) Under then-police commissioner William Bratton, the police started paying attention to turnstile jumpers, aggressive panhandlers, public drinkers, and outdoor marijuana smokers, among other low-level public order offenders. Misdemeanor arrests more than doubled between 1990 and 2009. Yet felony arrests fell, because felony crime was falling so fast—eventually dropping an unprecedented and unmatched 80% from the early 1990s to today.

The plunging felony arrest rate meant that fewer New York City offenders were being sent upstate to prison. And even though the number of misdemeanor offenders being sent to New York’s Rikers Island jail complex increased, the Rikers Island population also dropped, because felony arrests were down so far. (A felony criminal is initially processed in a local jail before he is sentenced to state prison; a misdemeanor offender, by contrast, serves his entire time pre- and post-sentence in a jail.) In fact, the entire correctional population generated in New York City—prisoners, jail inmates, and offenders under probation and parole supervision—dropped over the last decade and a half, unlike in the rest of the country.

Broken windows policing helps explain this drop. Misdemeanor enforcement can interrupt criminal behavior before it ripens into a felony. Arresting someone for trespassing in the stairwell of a public housing project may avert a sexual assault in that same stairwell later that night. Pouring out the whiskey bottle of someone drinking in public can prevent a stabbing a few hours later. Nabbing a gang member for graffiti may foreclose a shooting. The same people, in other words, who might have been arrested for a felony absent misdemeanor enforcement, were now being picked up on low-level charges and serving brief stays in jail or just the station house.

It turns out that if you want to decrease incarceration without increasing crime, the way to do it is through more law enforcement, not less, but targeted at low-level offenders.

Not all quality of life violators are felons-in-waiting, of course. Eric Garner was certainly not one of them. And he most certainly did not deserve to die for the offense of selling loose cigarettes. Yet such activity, if allowed to fester, reinforces the perception that social control in the affected area has broken down, leading to more serious law-breaking. No one understands broken windows theory more intuitively than the law-abiding residents of poor communities, who invariably beseech their local police commanders to crack down on public order offenses. The merchants in the Staten Island neighborhood where Garner tragically died had begged the police to eradicate the drug use, public urination, and, yes, the selling of “loosies” in the pocket park where Garner hung out.

Garner died not because the police were enforcing quality of life laws but because the tactics used to subdue him, interacting with his serious health problems, backfired horribly. Those tactics and police training around them need serious reconsideration; broken windows policing does not. (According to NYPD, only 0.6% of all public order arrests in New York City in the first half of 2014 involved an officer’s use of force, which can mean simply putting hands on a subject; the Garner death is an aberration among quality of life arrests.) But if the NYPD abandons public order policing, the likely result will be more minority men in prison.

Heather Mac Donald is the Thomas W. Smith fellow at the Manhattan Institute and author of Are Cops Racist? 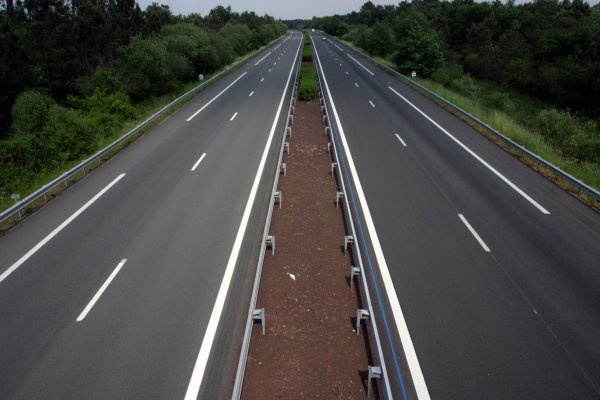 Why the Road to Ferguson Was a Freeway
Next Up: Editor's Pick