The Netflix Inc. application is displayed on an Apple Inc. iPhone arranged for a photograph in Washington, D.C., U.S., on Tuesday, Jan. 21, 2014.
Bloomberg—Bloomberg via Getty Images
By Victor Luckerson

The satellite operator announced Wednesday that it will be integrating Netflix directly into its Hopper set-top box. That means Dish subscribers will be able to seamlessly switch to Netflix content using the same device, remote control and video input that they use when they watch regular television.

The Dish deal, however, doesn’t mean Netflix will be free for Dish subscribers. It only makes it easier for people who use both Netflix and Dish to watch Netflix content.

“Pairing Netflix with Hopper represents the consolidation of two incredible video experiences,” Vivek Khemka, Dish senior vice president of product management, said in a press release. “It gives our customers easy access to their favorite shows and movies, on both Dish and Netflix, without ever having to leave their Hopper.”

Netflix has aggressively been pursuing partnerships with pay-TV providers in order to place its streaming service in front of more potential new customers. While the company has had some success cutting deals in Europe and with small cable operators in the U.S., the major American TV providers have been wary of giving Netflix easier access to its subscribers — until now.

It makes sense that Dish would be the first big pay-TV operator to hop in bed with Netflix. The satellite company has plans for an “over-the-top” TV service delivered via the Internet that will aim to attract exactly the kind of TV viewers who enjoy Netflix. In the future, Dish says, it may add tighter integration of Netflix content by making the streaming service’s shows and movies searchable via the Hopper interface. 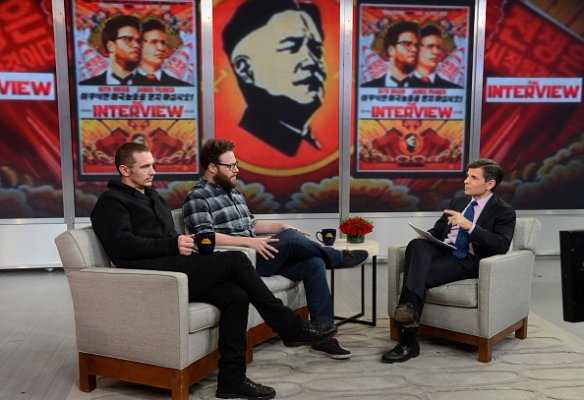 Theaters Pull The Interview
Next Up: Editor's Pick