The Search for Jesus: Inside the Scholars' Debate

The long history of people who wonder about the reality of Jesus Christ — Christians and non-Christians alike — is not limited to the question of what really happened on the first Noel.

As TIME reported in a 1963 story about rising theological interest in historical investigation, Christian efforts to uncover the historical truth of the life of Jesus Christ date back to the scientific developments of the late 18th century. By the turn of the 20th century, several scholars had attempted to write biographies of Jesus without the “miraculous and dogmatic elements,” culminating in Albert Schweitzer’s 1906 biography The Quest of the Historical Jesus.

That particular trend was later replaced by theological interest in the history of the early Church, rather than in Jesus as a man; in the 1920s, a leading theory argued that it was nearly impossible to know anything solid about Jesus, because all of the Gospel accounts were filtered through the time of their writing, so there was no point in trying to figure it out. As TIME phrased it, “although the New Testament might be a primary source for a study of the early church, it was only a secondary one for a life of Jesus.” That trend was reversed around the middle of the 20th century, as scholars increasingly argued that in fact it was possible to glean historical information from the New Testament.

The question of the historical Jesus returned to headlines in the late 1980s for a very different reason: a movie. As Martin Scorsese’s The Last Temptation of Christ was denounced by believers, theologians were yet again hashing out the question of the historical Jesus, in light of scholarly acceptance that the Gospels were not intended to be (or capable of being) precise historical accounts. Archaeological finds, however, were newly available to bolster those claims. By the mid-1980s, there was near consensus that Jesus, as a man, had existed — but an increasingly divergent set of possibilities as to the details of his life. Was he mostly concerned with ministering to those who needed him? Was he more like a Greek philosopher? Did he spend his days preaching of the apocalypse?

By the time the magazine revisited the question for a 1996 cover story, a controversial group called the Jesus Seminar was leading the charge to question the authenticity of the Gospels and the historicity of the Jesus story. But some things hadn’t changed: the specifics of Jesus’ life and personality were still as unclear as ever, and the people who cared or didn’t care were equally as divided.

As TIME put it:

Case in point: When TIME revisited the matter in 2007, finding proof of various biblical moments was still tempting scholars — in that case, two authors claimed that a tomb near Jerusalem contained the bones of a son born to Jesus and Mary Magdalene — but it was also still a process that could easily veer into Da Vinci Code territory.

This time of year, many people will conclude that those scholars are asking the wrong questions. They’ll answer as one reader did in the letters to the editor following the 1996 story: “It doesn’t matter who Jesus of Nazareth was or what he was,” he wrote. “What’s most important is the lessons he taught.” 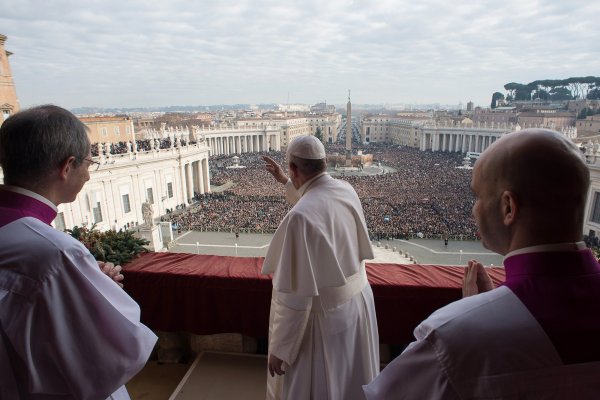