Why Democrats Changed Their Minds on Cuba

It used to be that national politicians of both parties would diligently travel to Florida during every election cycle and compete, in speeches and town hall meetings, over who could be more in favor of the embargo on Cuba.

It was, after all, common political sense: Cuban-Americans were, for decades, a fairly monolithic voting bloc and their feelings toward the embargo were unequivocal. They were for it. No ifs, ands, or maybes.

But in the last decade, all that has changed. The reason is shifting demographics—the same trend that rocketed President Obama to the White House in 2008 and 2012 and that will do more to influence the outcome of 2016 than perhaps anything else.

Younger Cuban-Americans are less into the embargo than their parents’ generation, and much more in favor of relaxing laws to make it easier to travel and trade with the island.

This shifting dynamic is going to play out in 2016, too. In fact, it already has. Jeb Bush, who announced yesterday that he is considering a run for the White House, takes the old-school hardline position. He’s in favor of the embargo, full stop.

“Until there is some recognition on the part of whoever is in charge of the Cuban government that they have to move toward democracy and freedom for the Cuban people, it will be very difficult for us to change our policy,” she said.

But then, as Secretary of State, her position began to crack, and then soften, and then flip entirely. She called on Obama to take a second look at the embargo, which she argued was actually helping Fidel and Raul Castro, not Americans. “It is my personal belief that the Castros do not want to see an end to the embargo and do not want to see normalization with the United States, because they would lose all of their excuses for what hasn’t happened in Cuba in the last 50 years,” she said in a 2010 speech in Kentucky.

And in her 2014 book, Hard Choices, she backs up that view: “I recommended to President Obama that he take another look at our embargo. It wasn’t achieving its goals, and it was holding back our broader agenda across Latin America.” In July this year, in an interview, she came right out and called the embargo “a failure.”

Jeb Bush’s hardline position and Hillary Clinton’s evolving one is a reflection of the larger demographic shifts happening the U.S. today.

So who wins? Right now, it’s a toss up. According to a 2014 poll by the Cuban Research Institute, 53 percent of Cuban-American registered voters said they would be more likely to vote for a candidate who backed the normalization of diplomatic relations. But if you bore down a bit on the issues, it seems to lean heavily toward the Democrats: 90% of young Cuban-Americans are in favor of reestablishing diplomatic ties with Cuba; 68% of older Cuban-Americans share that view too.

But it doesn’t have to be a huge majority for it to make sense to Democrats to change positions. It just has to be more competitive than it used to be, and it now is. 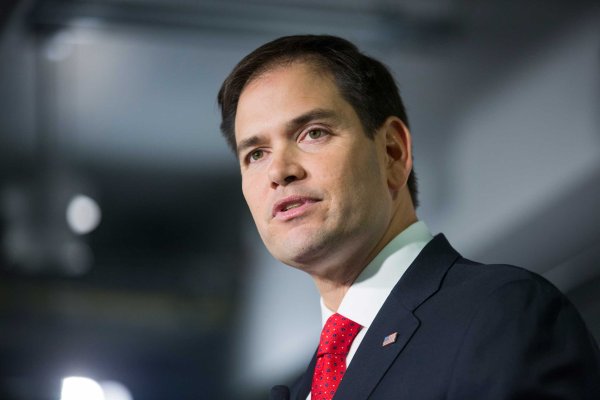