We live in the Age of the Empowered Customer. Consumers share their restaurant and travel experiences on Yelp, Facebook and many other sites. They rate hotels, tour operators and even historic landmarks on TripAdvisor. Companies ignore these empowered customers at their peril. In fact, my colleagues and I created the Net Promoter System precisely to help organizations bring the voice of the customer into their daily operations — and to help them respond with real changes, not just window-dressing.

But isn’t it about time for more companies to start rating their customers? Wouldn’t we all be better off if feedback from some customers were ignored? That is the one big idea I expect to start spreading in 2015.

Probably every sales clerk or customer-service rep has run into customers they never want to see again. They’re rude, obnoxious and make life uncomfortable for employees and for fellow customers. Their shouts are often laced with profanity. They abuse the rules and cut into line. Some are shoplifters or deadbeats. In the worst case, they get violent. I recently heard of an obstreperous customer who literally head-butted a service rep at an electronics retailer. The store had to call the police to resolve the situation. I couldn’t help imagining what Net Promoter Score that customer would give to the store employee who “served” him.

It’s time to empower employees. They know which customers deserve a voice—and which ones don’t. Listen to one commenter responding to a blog by author Alexander Kjerulf:

I worked at a print shop where my manager would occasionally fire customers…. He told one person, “I won’t have you abuse my employee.” I would have crawled through broken glass for him. It was one of the best employment experiences of my life.

Some companies have always maintained confidential lists of customers who have been banned for bad behavior. Today, the rise of electronic networks can empower employees and other stakeholders as much as it empowers customers. Network-based companies such as Lyft and Airbnb, for example, allow sellers, drivers and hosts to review customers even while customers are reviewing them. It isn’t hard to imagine hotels, retailers, even insurance companies collecting feedback about customer behavior from their own employees. Enough complaints from enough people might land a customer on the company’s “no-serve” list. At the very least, those customers should never receive a feedback survey.

Personally, I think that would be a good thing. Consider the Net Promoter System, it’s a method of encouraging civil — and civilized — behavior in the business world. Companies are more likely to act decently toward their customers when they have built-in systems for listening and responding to those customers — and scoring the employees who touched those customers. And customers are more likely to treat employees (and fellow customers) respectfully when they know that they can’t get away with bad behavior. When bad behavior becomes part of their permanent record (just as legitimate Net Promoter feedback becomes part of an employee’s permanent record), the world will get a little bit better.

Perhaps the Age of the Empowered Customer will turn into the Age of Empowered People — an age in which everyone understands that we live in an interconnected world and that we really need to get along better, a world in which feedback can help us build a better community.

This Influencer post originally appeared on LinkedIn. Fred Reichheld shares his thoughts as part of LinkedIn’s Influencer series, “Big Ideas 2015” in which the brightest minds in business blog on LinkedIn about their predictions on ideas and trends that will shape 2015. LinkedIn Editor Amy Chen provides an overview of the 70+ Influencers that tackled this subject as part of the package. Follow Fred Reichheld and insights from other top minds in business on LinkedIn. 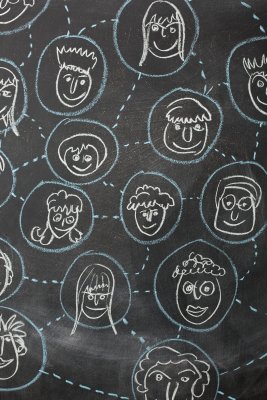