This week, J. K. Rowling broke her silence yet again about aspects of the Harry Potter novels, announcing in a chat that there was a Jewish wizard at Hogwarts and that the school was a welcoming place for all religions, save Wicca.

It’s nice that Rowling is so eager to engage with her fans. But if Anthony Goldstein’s religion were substantially important to the books, shouldn’t it have come up in the books? Rowling certainly gave herself enough pages over the course of an often-indulgent series to go down any avenue she wanted; her endless revisions, in the years since the Potter series wrapped up, represent an expansiveness that can be read either as a sign of Rowling’s imagination or of her lack of confidence as a novelist.

If Rowling’s novels convincingly depicted Hogwarts as a place welcoming to students of all religions, would tweeting about it seven years after her last novel’s release be necessary? And if the novels failed to carry that point across despite their author’s attempt, an announcement of how the author felt you should be reading her book would matter little.

The failure of Rowling’s style of ex post facto rewriting was carried across most poignantly by her declaring that Albus Dumbledore, the headmaster character and a fan favorite, was meant to be gay. It was a great moment in the gay-rights movement, and also a basically incoherent moment for literature, as the character, as written, did not “read” as gay, despite fans’ best attempts to retroactively construe the bland writing around him.

“I would have told you earlier if I knew it would make you so happy,” Rowling told a live audience, in disclosing an aspect of her novel that was not in her novel. This was sort of the problem. Rowling has a new-media-era eagerness to amplify her novels into a universe without end, one that can be revised or recast whenever she decides she has a new disclosure worth sharing. But her fans aren’t even happy, or are at least struggling to understand what the fuss is about: Take this week’s Pottermore “story,” one that included no new content at all.

If Rowling knew from before she wrote book one that Dumbledore was gay (as opposed to deciding, later, that it was a notion that would be embraced by the political mood of young readers), and didn’t let on in any comprehensible manner to her readers, then that’s a failing of her work. Or, more generously, it’s at least a decision about how to construct her novel that she abandoned in the spirit of fan-service. So, too, does fans’ uncertainty around religious aspects of the Potter series, about which Rowling clearly has strong opinions, seem to indicate.

A sense of the manner in which Rowling’s novels were constructed and why she might, now, feel regrets came through in her recent, regretful disclosure that she killed a character “for no good reason.” Whoops! But even a novel written hastily, under the pressures of publishers’ and fans’ expectations, exists as an object separate and distinct from its creator. Once it’s out in the world, intent matters little, or should. The Harry Potter books are objects that are sold individually, without a packet of disclosures, revisions, and rethinkings from Rowling; she owes it to her creations to allow them to stand or fall on their own. The more Rowling calls attention to what in her books is missing, the more attention she takes away from what’s actually in her books. 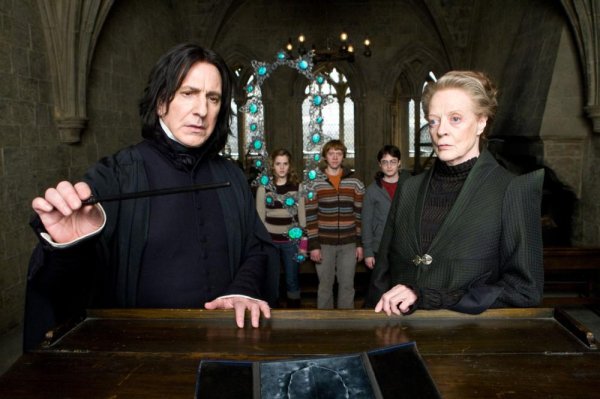