5 Million Kids Aren't in School Because of Ebola

A classroom of a school stands abandoned on Aug. 25, 2014 in Kenema, Sierra Leone. Schools closed and villages quarantined after dozens of its congregation died with Ebola symptoms.
Mohammed Elshamy—Anadolu Agency/Getty Images
By Alexandra Sifferlin

Public schools in Guinea have been closed since March. Schools in Sierra Leone and Liberia never opened after the summer holiday. All told, the children’s rights and emergency relief group UNICEF estimates that 5 million children ages 3 to 17 are out of school due to Ebola.

“This Ebola crisis has been predominantly seen as a health crisis but its implications go way beyond health,” says Sayo Aoki, an education specialist for UNICEF working in the affected countries. “It’s time we start looking at it from other perspectives, and education is part of that.”

Some schools were closed out of fear the disease could spread in large gatherings while others had no access to water, making handwashing impossible. But the longer a child stays out of school, the less likely it is he or she will return—which is why UNICEF is working closely with the Ministry of Education and Ministry of Health to come up with protocols necessary to implement in order to let children back into the classrooms. The draft—which calls for measures like Ebola screenings, hygiene requirements and a plan in the event a suspected case—is currently being reviewed by experts at the Centers for Disease Control and Prevention in the U.S. and the World Health Organization.

In the meantime, UNICEF and partner NGOs have trained out-of-work teachers to act as “social mobilizers,” going door to door to spread messages about how to identify Ebola and prevent its spread. UNICEF and partners are also using the radio programs to offer long-distance learning while kids are kept at home. “We are trying to make [the radio shows] simple and more interesting so children will get some learning,” says Aoki. “If they listen to it at a certain time of the day during the week, it gives them a routine they’ve lost from not going to school. It brings them a sense of normalcy, some sort of stability and hope.”

Stability has been largely destroyed for many children living in Ebola-affected countries. Many have seen family members, friends and neighbors get infected, and many have become orphans as well. Ebola has also changed social mores. “Nobody shakes hands in public,” says Aoki. “It has put a lot of stress on children. There’s no cuddling, no hugging, no kissing. The simple joys of life have been taken away.”

Even before Ebola, Guinea, Sierra Leone and Liberia were economically troubled countries still emerging from conflict and civil war. Guinea and Liberia were in the process of increasing their school attendance numbers—Guinea was at 58% and Liberia was at 34%—and experts worry that Ebola has set progress back. School closures, including private schools, are also a bad economic indicator. Jeff Trudeau, the director of The American International School of Monrovia (AISM) told TIME in August that he lost more than half his expected students for the 2014 school year, many of whom were children of foreign families who moved to the region for jobs in Liberia’s burgeoning business sector. That school’s earliest possible start date is January and for others, there appear to be “moving” deadlines for reopening. Guinea is aiming for January while Liberia and Sierra Leone are hoping for March.

But all the countries will have to patiently wait until their caseloads are under control, since a premature opening may only add fuel to the fire. 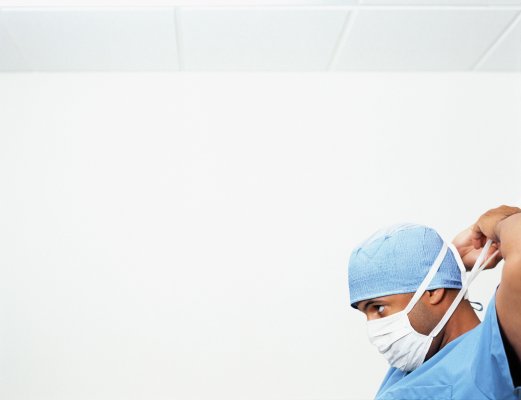 Here's How Much the Next Ebola Will Cost Us
Next Up: Editor's Pick