U.S. and Cuba Move to Thaw Relations After Prisoner Exchange

The U.S. will begin efforts to normalize diplomatic relations with Cuba and will open an embassy on the island nation following the release of an American government subcontractor and a swap of intelligence assets, President Barack Obama said Wednesday. It marks the most significant change in the U.S.-Cuba relationship since the Cuban revolution.

“Neither the American nor Cuban people are served by a rigid policy that’s rooted in events that took place before most of us were born,” Obama said in a televised address. “I believe we can do more to support the Cuban people and our values through engagement. After all, these 50 years have shown the isolation has not worked. It’s time for a new approach.”

Following a year of secret back-channel talks in Canada and at the Vatican, and culminating with a historic nearly hour-long call between Obama and Cuban President Raúl Castro on Tuesday, the Cuban government released 65-year-old Alan Gross on Wednesday on humanitarian grounds. His release clears the way for a broad relaxation of the 53-year U.S. embargo on Cuba.

In a prisoner swap, Cuba released an unnamed U.S. intelligence asset who has been imprisoned for 20 years, while the U.S. government released the final three members of the spy ring known as the Cuban Five remaining in federal prison.

A senior Administration official said the U.S. embassy would open “as soon as possible” in Havana.

Gross departed Cuba on Wednesday morning on a U.S. government plane, and arrived at Joint Base Andrews outside Washington, D.C., shortly after 11 a.m., accompanied by members of Congress and his wife who had traveled to retrieve him aboard a U.S. Air Force plane. A Cuban court convicted Gross of espionage in 2011 and sentenced him to 15 years in prison for carrying communications devices into Cuba while working as as a subcontractor for U.S. Agency for International Development setting up Internet access in local communities. According to his attorney, Gross had been in deteriorating health while in prison.

Speaking at a news conference, Gross thanked Obama, said he supports the President’s policy shift and stressed he harbors no ill will toward the Cuban people.

“It pains me to see them treated so unjustly as a consequence of two governments’ mutually belligerent policies,” Gross said. “Five and a half decades of history shows us that such belligerence inhibits better judgment. Two wrongs don’t make a right.

“This is a game-changer which I fully support,” Gross added. “I truly hope we can get beyond these mutually belligerent policies.”

MORE: What to know about Alan Gross

The Obama Administration is maximizing the ability of Americans to travel to Cuba within the limits of the American travel ban, the President is “doing everything in his authority to facilitate travel within the limits of the law,” an official said, adding that Obama would support congressional efforts to lift the ban. Obama also announced that his Administration is easing economic and financial restrictions on Cuba, including increasing permitted American exports, as well as raising the cap on remittances. U.S. financial institutions will also be allowed to open accounts at Cuban banks to process permitted transactions, and U.S. credit and debit cards will be permitted for use in Cuba for the first time. Obama is also directing Secretary of State John Kerry to launch an immediate review of the 1982 designation of Cuba as a state sponsor of terrorism, in consultation with intelligence agencies.

“I do not expect the changes I’m announcing today to bring about a transformation of Cuban society overnight,” Obama said.

“I look forward to engaging Congress in an honest and serious debate about lifting the embargo,” he said.

In an address that took place while Obama was speaking, Castro said he welcomes the cooling of relations between the two countries, but that differences remain that the countries need to learn to live with “in a civilized manner.”

Obama has twice previously relaxed restrictions on Cuba, in 2009 and 2011, opening the door for Americans to visit family members in Cuba and allowing travel for religious, educational and cultural endeavors. Authorized American travelers will now be able to import up to $400 in Cuban goods into the U.S., including $100 in tobacco and alcohol products. But senior Administration officials said there would be no immediate change to the ban on imports of Cuban cigars and other products for retail purposes.

“This asymmetrical trade will invite further belligerence toward Cuba’s opposition movement and the hardening of the government’s dictatorial hold on its people,” Menendez said.

American officials contend that the U.S. policy toward Cuba was antiquated and ineffective, failing to bring down the Castro regime after more than 50 years. Obama said he respects the “passion” of those who may disagree with his decision, but said he believes now is the time for a change. “I do not believe that we can do the same thing for over five decades and expect a different result,” he said.

In coordination with the American announcements, the Cuban government will announce that it will free 53 prisoners deemed by the U.S. to be political prisoners, American officials said. Additionally, the Cuban government has told the U.S. it intends to expand Internet connectivity for its citizens. But despite objections by the Cuban government, the U.S. will continue to fund so-called democracy programming in Cuba, meant to promote human rights and support the free flow of information into the communist country.

American officials praised the role of Canada and the Vatican, particularly Pope Francis, in helping bring about the agreement.

“Pope Francis personally issued an appeal in a letter that he sent to President Obama and to President Raúl Castro calling on them to resolve the case of Alan Gross and the cases of the three Cubans who have been imprisoned here in the United States, and also encouraging the United States and Cuba to pursue a closer relationship,” an official said, calling the papal letter “very rare … The Vatican then hosted the U.S. and Cuban delegations where we were able to review the commitments that we are making today.”

In a statement earlier this month marking the five-year anniversary of Gross’s arrest, Obama said that if the Castro-led Cuban government released him it would set the stage for other reconciliation efforts.

“The Cuban Government’s release of Alan on humanitarian grounds would remove an impediment to more constructive relations between the United States and Cuba,” Obama said. 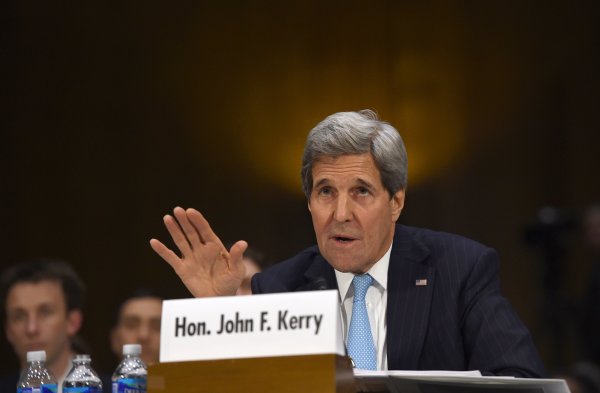