Pakistanis were in mourning Wednesday after a brutal attack on an army-run school in Peshawar by Taliban militants claimed more than 140 lives, 132 of them children.

Islamabad announced the commencement of a three-day mourning period. Vigils were held across the country as the nation struggled to come to terms with the brutality exhibited in one of the deadliest single-day attacks in the country since the Pakistani Taliban launched its insurgency seven years ago.

In Peshawar, Prime Minister Nawaz Sharif called on officials from all parties to attend a multiparty conference this week, where they hope to present a unified front against terrorism.

Opposition stalwart Imran Khan, who has previously sought reconciliation with the Taliban, joined the litany of voices on Tuesday condemning the indiscriminate slaughter.

“Fight with men, not innocent children,” said the former cricket star, according to the New York Times.

The deliberate targeting of children appears to have affected even some of the Pakistani Taliban’s most steadfast supporters.

“The intentional killing of innocent people, children and women are against the basics of Islam and this criteria has to be considered by every Islamic party and government,” Zabihullah Mujahid, a spokesperson for the Afghan Taliban, said in a statement, according to Reuters.

But as the nation grieves, tough questions have begun to resurface regarding the Pakistani military’s track record of incubating militancy within the country’s borders.

“[These] terrorists are the biggest threat to the peace in this region, to peace in Pakistan, to the existence of Pakistan,” said Asif. “We do not classify between different groups of Taliban — that there are good Taliban or bad Taliban. They are all bad.”

However, analysts contend that factions within the security services continue to see militant groups inside Pakistan as valuable proxies in the battle for influence in neighboring Afghanistan and Kashmir.

“It seems to me that there are elements within the military establishment who are willing to sustain or willing to endure civilian causalities and even military casualties as long as some broader strategic objective is met,” Hassan Javid, associate professor of political science at the Lahore University of Management Sciences, tells TIME.

But as Javid argues, the country’s brutal experience with insurgency has long demonstrated that these groups can never be controlled.

“Given the ideologies that motivate these groups, and given the links they have to other such groups, I think its inevitable that they will turn their guns on Pakistan,” says Javid. “Even if they’re working with them today, there’s always the possibility they will turn around and bite the hand that’s been feeding them a few years down the line.”

Following the attacks, a spokesperson with the Pakistani Taliban, or Tehreek-e-Taliban Pakistan, said the assault on the school was retaliation against the ongoing offensive in the country’s tribal belt.

“We selected the army’s school for the attack because the government is targeting our families and females,” said Taliban spokesman Muhammad Umar Khorasani. “We want them to feel the pain.”

In June, the Pakistani military launched a full-scale assault on Taliban sanctuaries in North Waziristan, days after militants allied with the group overran a terminal at Karachi’s Jinnah International Airport in the heart of the country’s commercial capital

The ongoing military operation in North Warziristan is believed to have been largely successful in uprooting a majority of the militant forces based there, but experts say these extremists are now dispersed throughout the country.

“Over time this militancy has spread into the cities and these kinds of people are hiding and have melted into society,” says Hasan Askari Rizvi, a prominent Pakistani defense analyst. “The military operations can only take place in places like the tribal areas, but not necessarily in urban centers.” 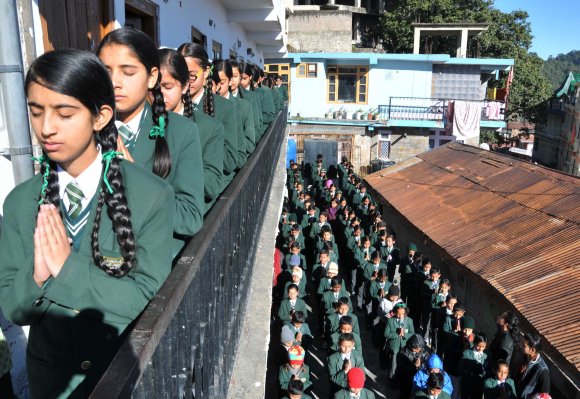 Wave of Indian Support for Pakistan Following Attack
Next Up: Editor's Pick