A Former U.S. Marine Imprisoned in Iran Has Gone on Hunger Strike

Iranian-American Amir Hekmati, who has been sentenced to death by Iran's Revolutionary Court on charges of spying for the CIA, stands with Iraqi soldiers in this undated still image taken from video in an undisclosed location made available on Jan. 9, 2012
Reuters TV/Reuters—Reuters
By Rishi Iyengar

As the U.S. and Iran engage in dialogue over Tehran’s nuclear program, a former U.S. Marine who fears that he may be forgotten amid the diplomacy has gone on hunger strike to draw renewed attention to his plight.

Amir Hekmati, who has been imprisoned near the Iranian capital since 2011, announced the hunger strike to his family in a phone call Tuesday, the Associated Press reported.

Hekmati holds dual U.S. and Iranian citizenship, and was arrested and sentenced to 10 years in prison on suspicion of espionage. The U.S. government has repeatedly denied that he is a spy, as has his family in Flint, Mich., who says he went to Iran to visit his grandmother.

“I ask that you not forget me, Mr. President,” Hekmati said in a letter dictated to his family and addressed to Barack Obama. “I ask that you make it clear that my case … should be resolved independent of your talks.” 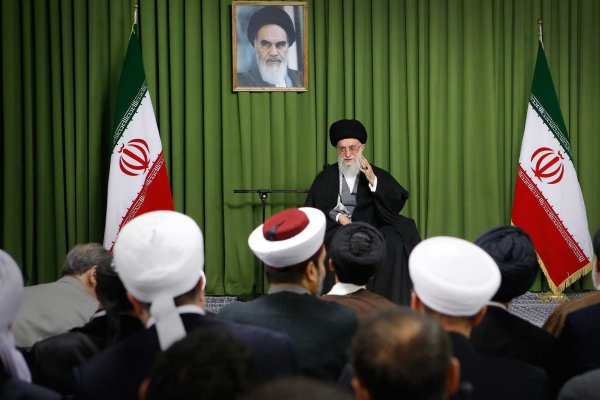 Why the Twitter Account Believed to Belong to Iran's Supreme Leader Keeps Mentioning Ferguson
Next Up: Editor's Pick