Rand Paul is Already Running an Ad Against Jeb Bush

Sen. Rand Paul speaks with the news media after delivering a speech at the Detroit Economic Club on Dec. 6, 2013 in Detroit, Michigan.
Bill Pugliano—Getty Images
By Zeke J Miller

The 2016 Republican primary battle is up and running—at least on Google.

Hours after former Florida Gov. Jeb Bush announced he would “actively explore” a run for the White House, the political action committee for Kentucky Sen. Rand Paul, who appears certain to announce a bid for the Oval Office in the coming months, took out a Google search ad on his name, with a not-so-subtle dig at the more moderate Republican.

“Join a movement working to shrink government. Not grow it,” the ad states, with a link to RandPAC, Paul’s longstanding federal leadership committee, and a page asking supporters to give their email address and zip code to “Stand With Rand.” Bush announced Tuesday he would form a similar leadership committee in January. His Facebook announcement didn’t include any attempts to gather data on potential donors or supporters. 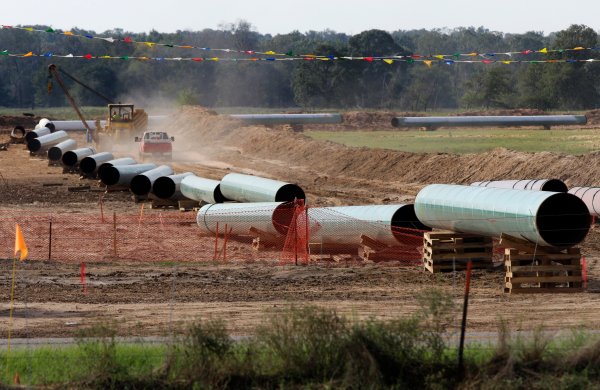