Chelsea Manning, the former U.S. Army soldier who turned over hundreds of thousands of classified government documents to WikiLeaks and serving a 35-year prison sentence, turns 27 on Wednesday. To celebrate, a diverse assortment of admirers, from Edward Snowden to rapper Lupe Fiasco, have sent her best wishes that have been published by the Guardian.

“I thank you now and forever for your extraordinary act of service and I am sorry that it has come with such an unbelievable personal cost,” Snowden wrote. “You have inspired an angry public to demand a government that is accountable for its perpetration of torture and other war crimes, for the true costs of its wars, and for conspiring in corruption around the world.”

Michael Stipe, the former frontman for the band R.E.M., sent her a card with a rose on it and a handwritten note inside and called her a “patriot.” Fiasco celebrated with an homage to the cover of Kanye West’s album My Beautiful Dark Twisted Fantasy, using Manning’s face in the center of the cover art instead of West’s. “She encapsulates the antiheroes in society – sitting up in the heights of mythology, simultaneously demonised and forgiven,” Fiasco wrote.

The letters and cards were sent to Fort Leavenworth military prison in Kansas, where Manning is currently being held. Her first chance for parole comes in 2021. 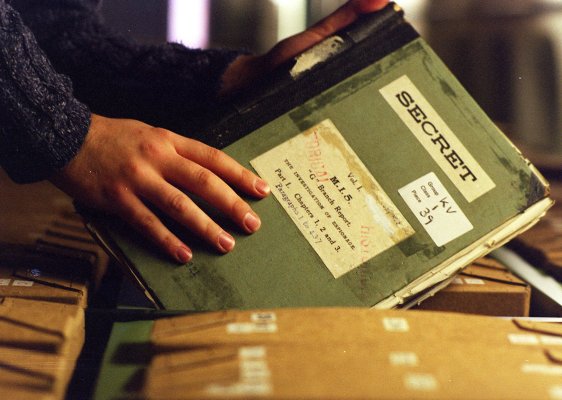 MI5 and the FBI Evolved Alongside One Another, But Their Relationship Hasn’t Always Been Constructive
Next Up: Editor's Pick