Dear Aaron Sorkin, If You Don't Think There Are Enough Good Roles for Actresses, Write One Yourself

Screenwriter Aaron Sorkin arrives for the premiere of 'The Hunger Games: Mockingjay - Part 1' at the Nokia Theatre L.A. Live in Los Angeles on Nov. 17, 2014.
Nina Prommer—EPA
Ideas
By Eliana Dockterman
Eliana Dockterman is a staff writer for TIME in New York City.

Hollywood cheered on Cate Blanchett last year when she critiqued the gender gap in Hollywood and took to task those studio executives “who are still foolishly clinging to the idea that female films with women at the center are a niche experience.” But, apparently, Aaron Sorkin was not among those celebrating Blanchett’s feminist speech.

The latest piece of information unearthed in the Sony hack is an email sent by award-winning screenwriter Aaron Sorkin to New York Times writer Maureen Dowd. On March 4, Dowd wrote a column called “Frozen in a Niche?” which built upon Blanchett’s argument that successful female films—like Bridesmaids, Frozen, Gravity or The Hunger Games—are still seen as flukes in the industry. She cited compelling stats: Even though women comprise 52% of moviegoers, only 15% of protagonists and 30% of speaking characters in the top 100 grossing domestic films in 2013 were female.

Blanchett and Dowd are far from the first to notice this trend: Mega-stars like Meryl Streep and Jodie Foster have complained about the problem, as has Sony co-chairman Amy Pascal whom Dowd quotes saying the “whole system is geared for [female filmmakers] to fail.”

But Sorkin disagrees with all these ladies. He wrote to Dowd on March 6:

Fair enough. A major part of the gender gap we see onscreen can be attributed to what’s going on behind the screen: Women made up only 6% of directors, 10% of writers, 15% of executive producers, 17% of editors and 3% of cinematographers in the top 250 films in 2013, according to the Center for the study of Women in Television and Film at San Diego State University. With fewer women writing, directing and producing, we see fewer women’s stories on film.

But there are two very simple ways to solve that problem: Executives can seek out, hire and support more women behind the camera, and male writers who already have major influence in Hollywood (say, for instance, Aaron Sorkin) could write credible, interesting, robust roles for women. And yet Sorkin doesn’t.

It’s no secret that Aaron Sorkin often comes under fire for his thin, idiotic or harpy-esque female characters. Let’s take a quick tour of some of his worst hits.

On Sports Night, acting like a woman was a constant insult that Casey would fling at Dan. In one episode, when Dan asks Casey if he remembers that it is the anniversary of their first show together, Casey responds, “I remember not thinking at the time that you were a woman.” Meanwhile, the main female character, producer Dana, serves almost exclusively as a love interest: She runs in circles as her show crumbles around her (through no fault of her charming male stars). The few times she succeeds, it’s treated as a miracle.

In A Few Good Men, Demi Moore plays a character who might as well be male (save for the sexist jabs that Jack Nicholson shoots at her). Famed critic Roger Ebert even wrote in his review that he thought the character had originally been conceived as a man “and got changed into a woman for Broadway and Hollywood box office reasons, without ever quite being rewritten into a woman.” Sorkin also doesn’t have to worry about this “woman problem” in Moneyball, which takes place in an almost entirely male world.

In The Social Network—for which Sorkin won an Oscar—women are either lunatics (see: Eduardo Saverin’s girlfriend who sets his bed on fire) or flat symbols. Mark Zuckerberg’s ex-girlfriend is emblematic of everything Zuckerberg cannot have but isn’t fully developed as a character herself.

And then there’s The Newsroom. Most of the show’s main plots revolved around the smarter men man-splaining things to supposedly successful but totally hapless women. (Seriously, MacKenzie reported in war zones but can’t use email?) MacKenzie is obsessed with Will. Maggie is a pathetic waif. Sloan, despite being smart, is strangely socially incompetent. None of Sorkin’s male characters have such flaws. Even in the show’s penultimate episode, a male character man-splains to a female rape victim why he’s “obligated” to believe her “sketchy” alleged rapist instead of her. (One of Sorkin’s writers claimed she was kicked out of the writers’ room for protesting this storyline, which Sorkin essentially confirmed while lambasting her for exposing writers’ room conversations.)

From left: Emily Mortimer as MacKenzie McHale and Jeff Daniels as Will McAvoy in The Newsroom
HBO

In short, Sorkin celebrates the male mind while making women the objects of lust or scorn. The few women who do make it into Sorkin’s scripts are usually in need of rescue by the men in their lives. The one exception might be C.J. Craig from The West Wing, a character for which Allison Janney won four Emmys. C.J. got her own story lines and was allowed to succeed and fail as often as her male compatriots. Unlike the women on The Newsroom, she was there to accomplish her own goals, not simply prop up her male boss and be lectured by him when she screwed up. Why Sorkin hasn’t written a C.J. since is still a mystery.

This trend of misogyny since his C.J. days is doubly frustrating considering the rest of Sorkin’s email. “That’s why year in and year out, the guy who wins the Oscar for Best Actor has a much higher bar to clear than the woman who wins Best Actress,” he writes. Sorkin goes on to compare performances of various nominees. He asserts that Blanchett’s performance in Blue Jasmine was “nothing close to the degree of difficulty” of all five Best Actor nominees, and that Jennifer Lawrence (Silver Linings Playbook), Natalie Portman (Black Swan) and Julia Roberts (Erin Brockovich) did not measure up to Daniel Day-Lewis, (Lincoln), Colin Firth (The King’s Speech) and Phillip Seymour Hoffman (Capote) in the respective years that they won.

“Helen Mirren and Meryl Streep can play with the boys but there just aren’t that many tour-de-force roles out there for women,” he concludes.

It’s nearly impossible to compare the “difficulty” of performances in an objective way: As The Daily Beast points out, was Colin Firth’s performance in The King’s Speech really harder than that of Natalie Portman in Black Swan? Does Blanchett not measure up to some of the other actors nominated last year like Bruce Dern (Nebraska), Christian Bale (American Hustle) or Leonardo DiCaprio (Wolf of Wall Street)? The answer depends on who you ask.

And if the sexism problem is born from flimsy roles, then why does Sorkin say that only certain actresses, Mirren and Streep, can “play with the boys”? There’s something inherently sexist about Sorkin degrading the talent of other nominees by suggesting only those two women can compete with their male counterparts.

As much as Sorkin’s films can be frustrating, it’s hard to fault the screenwriter for sticking to what he knows. Films like A Few Good Men, Moneyball and The Social Network are lauded because they are interesting, complex depictions of male-dominated worlds. And in between his misogynist comments, Sorkin has indicated that he wants to support female performers and filmmakers. In 2011, Sorkin dedicated his Oscar speech for Best Screenplay (The Social Network) to actresses. “I want to thank all the female nominees tonight for helping demonstrate to my young daughter that elite is not a bad word; it’s an aspirational one,” he concluded. “Honey, look around. Smart girls have more fun, and you’re one of them.”

But this email demonstrates that Sorkin clearly recognizes there’s a sexism problem in Hollywood. And ultimately it’s hard to forgive him for not at least trying to fix it when he is one of very few writers with the power to do so. 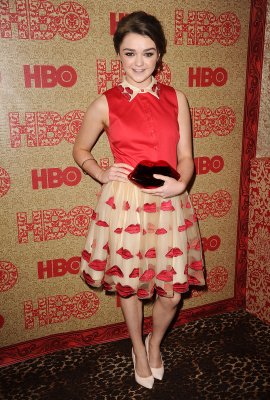