How Calling Cancer a 'Fight' or 'Battle' Can Harm Patients

The study, which will be published in the January issue of the Personality and Social Psychology Bulletin, found that patients are less likely to engage in important limiting behaviors, like reducing smoking and cutting back on red meat, when researchers associated cancer with words like “hostile” and “fight.” In fact, the study shows that war metaphors do not make patients any more likely to seek more aggressive treatment.

“When you frame cancer as an enemy, that forces people to think about active engagement and attack behaviors as a way to effectively deal with cancer,” says David Hauser, who led the study. “That dampens how much people think about much they should limit and restrain themselves.”

In earlier research, investigators found that war metaphors can lead to feelings of guilt and failure in patients who die of cancer, even though they have little control managing it.

“Blame is being put on the patient, and there’s almost a sense that, if you are dying, you must have given up and not have fought hard enough,” said the study’s author, Lancaster University professor Elena Semino, in a statement.

Semino based her finding on an analysis of 1.5 million words from interviews and online cancer discussions that she conducted with colleagues. She is now working on a manual of cancer metaphors for health care providers.

Still, it may be difficult to change such a deeply-rooted element of our lexicon. Words like “fight” and “battle” make the top-ten list of words commonly associated with cancer, according to Hauser. Straightforward words like “die” and “suffer” comprise the remainder of the list. According to Semino’s study, words like “journey” might be a better replacement for “battle.”

Hauser says that medical professionals and media outlets should try to help expand the way that people think about the disease. He cites the “watchful waiting,” a passive method of treating prostate cancer, as one such example.

“What would be more beneficial would be changing the sorts of stories about cancer out there to expose aspects of the disease that don’t fit with this enemy conceptualization,” he says. 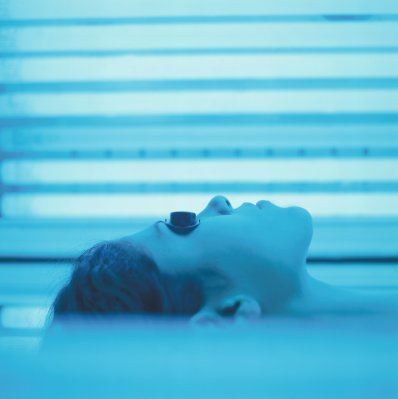 Indoor Tanning Can Burn Your Eyeballs, Study Says
Next Up: Editor's Pick