Over the last five years, red light cameras across New Jersey have caught drivers speeding through intersections, irking motorists who view them as cash cows for local government rather than true safety measures. But after Tuesday, New Jersey residents won’t have traffic cameras to kick around anymore.

The state’s red-light cameras will go dark at midnight, ending a program some said would reduce traffic accidents at intersections. The program brought in millions of dollars to city and state governments, prompting many red light opponents to argue that the cameras are just moneymakers in the guise of a safety device.

(MORE: Ohio’s Traffic Cameras May Be on the Way Out)

City officials often argue that the cameras’ presence affects driver behavior. Union Township, for example, says 27,000 fewer drivers have run red lights in the 30 months it has used the cameras. Statewide, New Jersey Department of Transportation studies claim that crashes overall are down. The DOT numbers have been championed by public officials like Newark Mayor Ras Baraka, who has pushed for legislators to continue the pilot program.

But a couple of grassroots engineers have challenged those stats. Rick Short and George Ford produced a report detailing discrepancies between the red light camera safety claims and raw DOT crash data. “We have proved that the crash reduction percentages spread by the camera industry and town leaders are fictitious,” they said.

Polls show that the cameras have have slowly lost favor over the years, mirroring what’s happening in a number of states around the country. According to the Insurance Institute for Highway Safety, 495 communities currently use the cameras down from a peak of 540 in 2012. 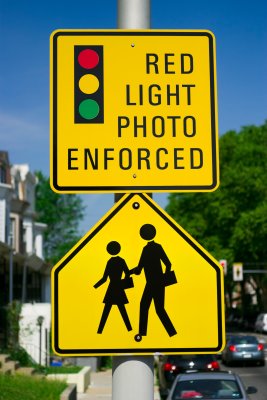 Thousands May Get Refunds on Undeserved Red-Light Camera Tickets
Next Up: Editor's Pick