Eating three square meals a day is the oldest nutrition advice in the book, and some of the most important for staying healthy. But new research shows that children are snacking instead of eating three meals a day on a regular basis, a habit that could be contributing to overweight and obesity and putting them at risk of heart disease later in life.

In a series of reports published in the European Journal of Clinical Nutrition, the International Journal of Obesity and the European Journal of Nutrition, Aino-Maija Eloranta, a PhD candidate at the Institute of Biomedicine and Physiology at the University of Eastern Finland, and her colleagues followed a group of 512 boys and girls enrolled in the Physical Activity and Nutrition in Children (PANIC) Study. The children, ages 6-8, and their parents reported what the kids ate and drank for four days. The researchers also measured their body mass index, waist circumference, blood pressure, cholesterol, blood glucose and insulin levels.

About 45% of the boys and 34% of girls in the study ate all three meals, meaning a majority of them did not. The most-skipped meal was dinner. “That was a surprise,” says Eloranta. “Among older children, adolescents and even adults, breakfast is the one that is skipped.”

Skipping dinner can have major implications for children’s health, she says, since it’s traditionally the most calorie- and nutrient-rich meal, giving growing children the energy they need to develop. In fact, the children who ate three meals a day had smaller waist circumferences and a 63% lower risk of being overweight or obese than those who skipped some of the major meals.

MORE: 5 Things Everyone Gets Wrong About Breakfast

The scientists also found that among all kids, snacks provided as much as 42% of the children’s daily calories. That’s not necessarily a bad thing, says Eloranta, except that most snacks are high in sugar and low in healthy nutrients like fiber. On average, the children consumed more saturated fat (which has been linked to a higher risk of heart disease) and salt and ate less vitamin D, iron and fiber than guidelines recommend.

MORE: Alice Waters: The Fate of Our Nation Rests on School Lunches

Eloranta did find one positive trend: lunch. Because lunch was provided at school, it was lower in sugar and higher in nutrients and healthier fats than the kids’ other meals on average. This suggests that one of the best ways to help children maintain healthy weights and avoid heart problems later might be to give them three meals a day. “Maybe we don’t have to worry about single nutrients or single foods [like sugar or fat] that much,” she says. “When you eat meals, you automatically receive the good nutrients.” 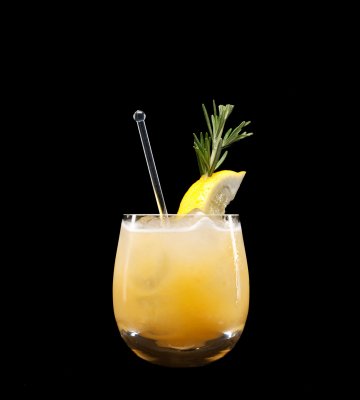 7 Eating Habits You Should Drop Now
Next Up: Editor's Pick