Here's Who's Most Likely To Black Out While Drinking

Blacking out, or getting so drunk that you can’t remember anything that happened the night before, is all too common among underage drinkers, according to a new study published in the journal Alcoholism: Clinical & Experimental Research.

In the study, Marc Schuckit, professor of psychiatry at the University of California San Diego, and his colleagues looked at data on 1,402 drinking teenagers in England when they were 15, 16, 18 and 19. They discovered that by the time the teens reached 19, 90% of them had drank so much they experienced a blackout. About half of them had blacked out multiple times.

More than half of people reported having a blackout at every year of follow-up.

Teens who blacked out while drinking tended to be female—likely because they weigh less and have less body water to dilute the alcohol—to smoke, have sensation-seeking and impulsive behaviors, lack conscientiousness and have friends who also drank or used other substances. “It’s not as if a blackout in these kids was an isolated phenomenon,” says Schuckit. “Blackouts are unfortunately often considered to be a funny thing as opposed to dangerous. I am not sure the average person realizes the dangers associated with blackouts.”

A blackout can occur when someone drinks well over their limit. Alcohol is considered a depressant, and when the dose is high enough, depressants are known to impair memory acquisition. When someone blacks out, it means that while they appear to be awake, alert and intoxicated, their brain is actually not making long-term memories of what’s happening. If a person experiencing a blackout is asked what happened to them just 10 minutes ago, they will have no idea.

There are very few, if any, longitudinal studies that have looked at the impact of blacking out on the brain, but experts guess that it isn’t good. High blood alcohol levels are known to cause memory problems later in life, and blacking out is an indicator of drinking too much. Some people may hit that point with fewer drinks than others, and it’s possible that some have a genetically predisposed sensitivity to alcohol’s effects—but blacking out always means you’ve drank too much.

For young people, that behavior concerns experts. “When you really get drunk, literature shows you are opening yourself up to a huge number of problems,” says Schuckit, citing a greater likelihood of getting into accidents and fights, or doing things that one may later regret, including sex.

The study looked at British students, and prior data suggests that they drink more than American students. Still, Schuckit says it should be taken more seriously among young drinkers everywhere.

Read next: This is What Alcohol Does to Your Sleep 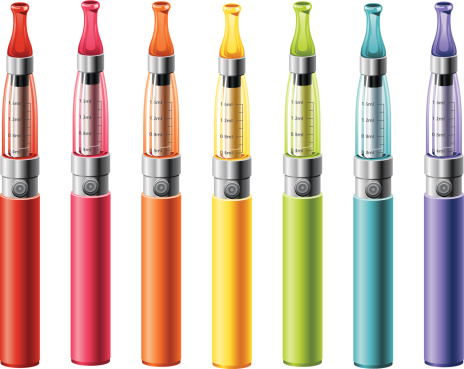 E-cigs Are the New Cool Thing for Teenagers
Next Up: Editor's Pick