What NBA Referees Can Teach Us About Overcoming Prejudices

NBA referee Mark Lindsay #29 officiates the NBA game between the Los Angeles Clippers and the Phoenix Suns at Staples Center on Dec. 8, 2014 in Los Angeles.
Victor Decolongon—Getty Images
Ideas
By David Berri
David Berri is a professor of economics at Southern Utah University. He is the lead author of The Wages of Wins and Stumbling on Wins and continues to serve on the editorial board of both Journal of Sports Economics and the International Journal of Sport Finance.

Nicholas Kristof recently wrote an article as part of a series for The New York Times about race relations in the United States. Part of this article referenced a paper by Joseph Price and Justin Wolfers (published in the Quarterly Journal of Economics in 2010). This paper provided evidence that NBA referees suffered from implicit bias, which is defined as a “positive or negative mental attitude towards a person, thing, or group that a person holds at an unconscious level.”

Price and Wolfers’ study offered evidence that referees exhibited a negative bias against those of a different race. Specifically, their research indicated that white referees tended to call more fouls on black players, and black referees tended to call more fouls on white players. As the authors noted, this was not because of explicit racism. Rather, it was due to an implicit bias, which Malcolm Gladwell’s Blink (a book that inspired the study) indicated most people tend to have.

In response to Kristof’s column, Mike Bass, an executive vice-president of communications for the NBA, posted the following in the comments to he New York Times article:

While Nicholas Kristof calls his readers’ attention to a very significant societal issue, the study by Justin Wolfers and Joseph Price cited to support his assertion that “white N.B.A. referees disproportionally call fouls on black players, while black refs call more fouls on white players” relies on flawed methodology. It is therefore not a valid assessment of N.B.A. officiating.

The researchers considered calls made by three-man referee crews as a single entity, with majority rules determining whether a crew counted as “white” or “black.” A subsequent study commissioned by the N.B.A. and conducted by the Segal Company, a leading actuarial and consulting firm, analyzed calls made by individual referees, making these findings much more significant. Segal ultimately found that the race of officials and players does not affect foul calls in the N.B.A.

So it appears we have two studies. The study by Price and Wolfers says we can see evidence of implicit bias in the data. But the NBA has a different study that fails to find any bias. Who should we believe?

The answer to this question begins back in 2007. In May of 2007, The New York Times published a front-page story that detailed what Price and Wolfers had uncovered. As part of this story, Lawrence Katz, Ian Ayers, and I were asked to review both the study by Price and Wolfers and the NBA’s response. As is noted in the article, the three of us — who all have extensive experience publishing and reviewing academic studies — were not impressed by the NBA’s effort.

But the story didn’t end there. Price and Wolfers were given access to the data the NBA used to supposedly refute their results. In an article published in Contemporary Economic Policy, these authors provide evidence that the NBA’s data actually confirmed the original Price and Wolfers result. In sum, what the consultants provided the NBA didn’t stand up to academic scrutiny (and therefore, we should not believe Mike Bass!).

And the research didn’t stop there. Price, Wolfers, and fellow behavioral scientist Devin Pope recently investigated whether referees have subsequently changed their behavior. And the results of this research is actually good news for the NBA. The original research looked at data from 1990-91 to 2001-02. This latest study considered two additional time periods. First the authors examined data from 2002-03 to 2005-06. As with the original study, evidence of implicit bias was again found in the more recent data.

The authors, though, didn’t stop there. As noted, the publicity for this research occurred in 2007. So at that point, referees were likely made aware of this issue. Did that make any difference? Looking at data from 2006-07 to 2009-10, it appeared it did. Specifically, in the latter time period, the authors “find that racial bias completely disappeared.”

But was it the media coverage? The authors looked at other explanations (changes in the referees, the NBA addressing the issue) but did not find evidence supporting these stories. Specifically, the following was noted in the article: “While it is difficult to completely rule out the possibility that the NBA somehow influenced the referees in our study, the evidence presented in this study suggests that the most likely mechanism through which the change in bias occurred is that the media reporting increased the awareness among referees about their own implicit racial bias and that this awareness led to a reduction in such bias.”

So at this point, the NBA could be celebrating some good news. Yes, there was an issue with implicit bias in the past. And yes, this is understandable since implicit bias is fairly common. But after the issue was publicized, it appears the bias vanished. And that is good news for everyone since it suggests that implicit bias – which, as noted, is an unconscious bias – can be overcome if a person is aware that they have this bias.

The NBA, though, is not celebrating this news. Bass continues to echo the original NBA response and maintains that the original research from Price and Wolfers is not “valid.”

Such a response is disappointing. Again, it would be ideal if the NBA embraced this research. And it certainly would be better if the NBA wouldn’t try and trumpet work of paid consultants that has been refuted by peer reviewed published research.

Despite the NBA’s response, the rest of us should be happy to see this academic research. The idea that NBA referees – who work in an integrated workplace and are also heavily scrutinized – could exhibit implicit bias suggest this problem is indeed widespread. But what we have also seen is that this can be overcome. So in the end, that is good news for everyone–even if the NBA won’t admit it.

David Berri is a professor of economics at Southern Utah University. He is the lead author of The Wages of Wins and Stumbling on Wins and continues to serve on the editorial board of bothJournal of Sports Economics and the International Journal of Sport Finance. 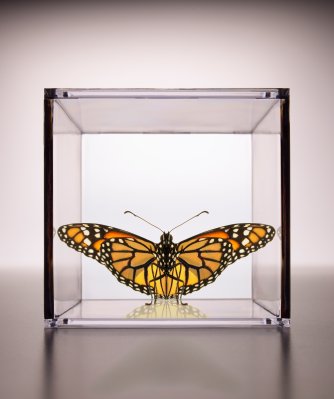 Police Brutality and Living Out of Fear
Next Up: Editor's Pick