Sydney Hostage Attack Is Not a Wake-Up Call

A hostage runs to tactical response police officers for safety after she escaped from a cafe under siege at Martin Place in Sydney, Australia, on Dec. 15, 2014.
Rob Griffith—AP
Ideas
By Peter Romaniuk
Peter Romaniuk is Associate Professor of Political Science at John Jay College and Senior Fellow at the Global Center on Cooperative Security.

For Australians, the images of the police raid on a café in downtown Sydney, where hostages were being held by a lone gunman, were other-worldly. Like Americans, Australians are proud of our cosmopolitanism; but unlike the U.S., we take for granted low levels of gun violence. Shock, confusion, and anger are inevitable reactions. How should we make sense of such an event and what does this mean for the future?

In October this year, after a gunman attacked the parliament complex in Ottawa, many described the incident as a “wake-up call” for Canada. The same cannot be said here, for two reasons. First, this is the kind of attack that analysts had predicted. For several years now, lone-actor terrorism, wherein individuals embrace violence after consuming extremist content on the Internet, has been identified as a principal threat in Western democracies. Most recently, the voluntary passage of Western citizens to join the so-called Islamic State in Syria – the “foreign terrorist fighter” (FTF) phenomenon – has heightened the sense of danger from self-radicalization, not least because ISIS has implored would-be volunteers to also take action at home.

Second, Australia is deeply invested in counterterrorism and has been for years, especially since 88 Australians were killed by a terrorist bomb in Bali, Indonesia, in 2002. Domestically, recent high-profile arrests and further rounds of legislating attest to the prominence of counterterrorism in Australian public life. The fact that perhaps 70 Australian citizens have volunteered as FTFs is widely known and debated. State police forces have generally done well to enhance counterterrorism capacity while nurturing community relations. Governments at the state and federal level have advanced preventive measures to reduce the appeal of extremism. Australia has acted bilaterally and regionally to support counterterrorism initiatives among our neighbors. Internationally, Australia has used its term on the United Nations Security Council to advance multilateral counterterrorism, including recent action on FTFs.

At first glance, then, the siege may be interpreted to be the realization of Australians’ worst fears. But it would be wrong to conclude that everything has changed for Australia’s national security. For one thing, the gunman in question, Man Haron Monis, a self-styled cleric from Iran granted asylum in Australia, seems to be an atypical lone-terrorist actor, insofar as such a profile exists. Rather than blending into the background and self-radicalizing outside of public or familial view, Monis was well-known to the criminal justice system, was on bail for numerous violent offenses, and had been charged with others. Although Monis hung a flag with the Islamic Shahada in the café window – giving rise to mistaken concerns about a foreign connection – his attack seems to have been in the service of perceived grievances that are political but idiosyncratic and not in the service of global extremism such as that of ISIS. The bail system, more than levels of domestic radicalization, are rightly the immediate concern for journalists and others asking questions about the offender.

Moreover, the response to the siege gives some cause for reassurance. Details of events in the café are only now emerging but the tactical proficiency of law enforcement has already been widely noted. Perhaps more importantly, the tone of the response from government and civil society – and also on social media – has been measured, displaying a concern to maintain social cohesion. Self-conscious counterterrorism – that is, responses that reflect awareness that extremists profit from overreaction– is vital to preventing radicalization today and tomorrow.

Australians woke up on Tuesday morning to the sadness of lost innocents. But the threat environment facing the country remains unchanged. The parameters of Australian counterterrorism are generally sound. In the days and weeks ahead, it will serve us well to acknowledge that the response to violent incidents is a critical part of the effort to counter violent extremism.

Peter Romaniuk is Associate Professor of Political Science at John Jay College and Senior Fellow at the Global Center on Cooperative Security. 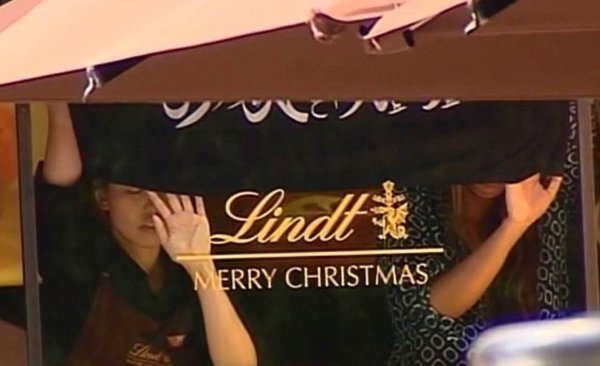 The Shahada in Sydney Reminds Us That Political Islam Is Deadly
Next Up: Editor's Pick