Hollywood stars are pushing back against the highly-publicized leaking of hacked Sony emails, with Brad Pitt, Seth Rogen and writer Aaron Sorkin blasting the media for reporting sensitive information stolen from the Hollywood studio.

“I was just saying that I don’t see a difference in News Corp hacking phone calls and hacking e-mails. I don’t think we should be able to participate,” Pitt said on Monday, Yahoo reports.

Pitt, who was speaking at the premiere of his wife Angelina Jolie’s new film Unbroken, continued: “I think someone’s conversation, whether in e-mail or in person, should be private. We shouldn’t be participating and these sites that are disseminating them should stop. They won’t. And we should stop reading them. We won’t. It’s more of an indictment on us, I think.”

Jolie was the subject of a particularly scathing email released in the hack, in which producer Scott Rudin called the actress a “minimally talented spoiled brat.”

Pitt’s sentiments echo those of writer Aaron Sorkin, who penned a harsh op-ed in the New York Times against the hackers. On Tuesday, he said the leak was worse than a recent iCloud hack that had led to the leaking of several celebrities’ naked images.

“There are certainly times when the press should, has an obligation to publish things that are stolen,” Sorkin said on the TODAY show. “Is there anything in these emails at all that’s in the public interest? There isn’t, there’s just gossip there.”

A chorus of Hollywood stars have blasted the email leak, including Seth Rogen, whose upcoming movie The Interview, is largely believed to be the reason for the hacking of Sony Pictures’ networks. The film centers on a plot to assassinate North Korean leader Kim Jong-Un. Rogen said the media had no right to report on “stolen information” during a recent appearance on Howard Stern’s Sirius XM radio show. “I think it’s f–ked up that anyone is talking about it,” he said. Stern added that if North Korea is behind the leak it’s “no different than a 9/11-type attack.”

“I can’t believe people are just so happy be like, ‘Look at this stolen information,” Rogen went on to say. “[The email authors] are not doing anything illegal. They’re not trying to fool you as the consumer. They’re having private correspondence with one another.”

Correction: This post originally misattributed a quote comparing the Sony Pictures leak to 9/11. Howard Stern made that remark. 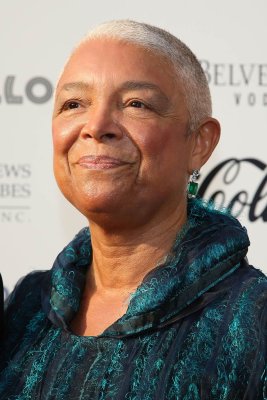 Camille Cosby Forcefully Defends Her Husband
Next Up: Editor's Pick