At Least 141 Killed in Taliban Attack on School

At least 141 people have been killed, mostly school children, in a Taliban attack on a Pakistani school on Tuesday, according to a Pakistani military spokesman.

The attack began in the morning hours, with about half a dozen gunmen entering the school in Peshawar northwestern Pakistan and shooting at random, police officer Javed Khan told the Associated Press (AP). Army commandos quickly arrived at the scene and started exchanging fire with the gunmen, he said. Students wearing their green school uniforms could be seen on Pakistani television, fleeing the area.

The Pakistan army said they had secured the school after several hours of fighting and killed seven terrorists.

According to a statement from the office of the Chief Minister of Khyber Pakhtunkhwa province almost all of the dead are children under the age of 16. The Taliban has frequently targeted schools and the assault in Peshawar is the deadliest such attack in the country’s history.

For more than five hours special Pakistani troops fought the attackers and cleared parts of the school, say officials, as some students were still being held hostage. More than 100 others were taken to nearby hospitals to receive treatment for their injuries. Grief-stricken parents congregated at the school to see if their children survived the attack.

“My son was in uniform in the morning. He is in a casket now,” one parent, Tahir Ali told AP, as he came to the hospital to collect the body of his 14-year-old son Abdullah. “My son was my dream. My dream has been killed.”

One of the wounded students, Abdullah Jamal, told AP that he was with a group of eighth, ninth and 10th graders who were having a first-aid class when the violence began.

When the shooting started, Abdullah, who was shot in the leg, said nobody knew what was going on. “Then I saw children falling down who were crying and screaming. I also fell down. I learned later that I have got a bullet,” he said, speaking from his hospital bed.

Pakistan’s Prime Minister Nawaz Sharif arrived in Peshawar on Tuesday as his government declared three days of national mourning. On arrival, Sharif told reporters: “These are my children and it is my loss. We will continue our struggle to completely eradicate militancy.”

Taliban spokesman Mohammed Khurasani claimed responsibility for the attack in a phone call to media, saying that six suicide bombers had carried out the attack in revenge for the killings of Taliban members at the hands of Pakistani authorities.

The militants have long targeted schools in their campaigns of violence, most notably in the Swat Valley, where Malala Yousafzai, this year’s Nobel Peace Prize winner, was shot by the Taliban in 2012 for being an advocate for the education of girls.

Malala said she was heartbroken by news of the deaths of so many school children. “I, along with millions of others around the world, mourn these children, my brothers and sisters, but we will never be defeated,” she said in a statement.

The school in Peshawar was run by the Pakistani army. At the time of the attack over 1,500 children – from grades 1 to 10 – were present. It has been a favored tactic of the militants to strike at a range of targets associated with the military, from mosques to factories and colleges.

The attack was motivated by revenge for the army’s ongoing military operation in North Waziristan against Taliban strongholds. An unnamed Taliban spokesman told Reuters: “We targeted the school because the army targets our families. We want them to feel our pain.”

North Waziristan is also home to several hundred foreign fighters from al-Qaeda and other Islamist groups. As the fighting was continuing at the school in Peshawar, there were reports on Pakistani TV that eyewitnesses to the attack heard some of the assailants speak in Arabic and central Asian languages, rather than local languages such as Pashto or Urdu.

Pakistani army officers said that bombers had struck more than 10 Taliban targets in the hours after the retaking of the school in retaliation for the attack.

Read next: Here’s What It Looked Like at the Scene of the Peshawar School Attack 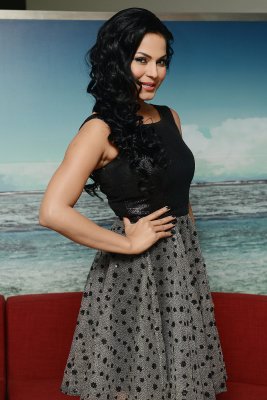 Bollywood Actress Veena Malik Sentenced to 26 Years in Jail For Blasphemy
Next Up: Editor's Pick