Burmese journalists wear T-shirts that say "Stop Killing Press" during a silent protest for five journalists who were jailed for 10 years on July 10, near the Myanmar Peace Center where Burmese President Thein Sein was scheduled to meet with local artists in Rangoon on July 12, 2014.
Soe Than Win—AFP/Getty Images
By David Stout

At least 66 journalists were killed across the globe this year while another 178 media workers were imprisoned, according to industry monitoring outlet Reporters Without Borders (RSF).

While the number of journalists’ deaths fell slightly when compared to 2013 figures, the high-profile beheadings of Western and Arab reporters by militant Jihadists in the Middle East marked a gruesome escalation in the types of violence employed against the Fourth Estate.

“Rarely have reporters been murdered with such a barbaric sense of propaganda, shocking the entire world,” said the watchdog organization in their annual report published on Tuesday.

RSF also noted that the number of kidnapping cases skyrocketed dramatically in 2014 with 119 journalists reportedly being abducted, a 37% increase year-on-year. 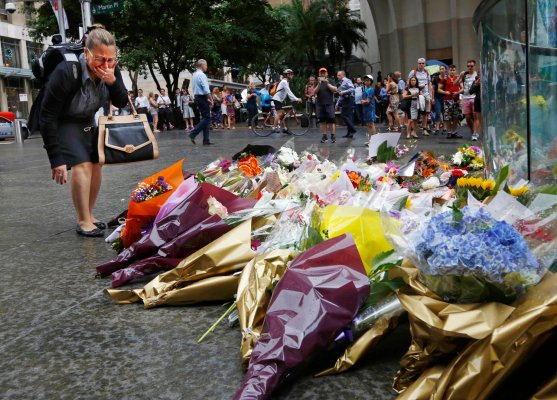 Sydney Mourns After Hostages Die in Shootout
Next Up: Editor's Pick