Here Is the Lie of the Year from PolitiFact

An employee uses a microscope during research in a laboratory used to detect contamination in employees' clothing at the Bavarian Nordic A/S biotechnology company, where the research into infectious diseases, including the ebola vaccine, takes place in Kvistgaard, Denmark, on Friday, Oct. 31, 2014.
Bloomberg—Bloomberg via Getty Images
By Per Liljas

PolitiFact has named the panicked response to Ebola as the 2014 Lie of the Year.

The website, which fact-checks the statements of public figures, noted 16 erroneous claims made for Ebola last year, which together produced “a dangerous and incorrect narrative.”

Those included Fox News analyst George Will’s false assertion that Ebola could spread through a sneeze or cough, Senator Rand Paul’s description of the disease as “incredibly contagious,” “very transmissible” and “easy to catch” and Congressman Phil Gingrey’s warning that migrants could carry Ebola across the U.S.’s southern border.

“When combined,” PolitiFact writes, “the claims edged the nation toward panic. Governors fought Washington over the federal response. The Centers for Disease Control and Prevention stumbled to explain details about transmission of the virus and its own prevention measures. American universities turned away people from Africa, whether they were near the outbreak or not.” 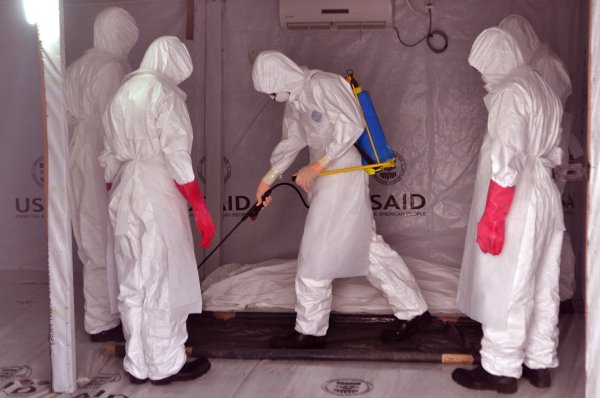 Ebola Outbreak Not Over Yet
Next Up: Editor's Pick