Homeland Security Secretary Jeh Johnson opened on Monday what is being labeled the U.S.’ largest detention center for families who enter the country illegally.

The South Texas Family Residential Center, located on the grounds of a former camp for oil workers in Dilley, Texas, can house up to 2,400 people and will primarily be used for women and children, according to Reuters. It features dozens of small cabins to accommodate detained families along with medical facilities, a school and a playground.

The facility will mainly be managed by the Corrections Corporation of America and cost $296 per person per day to operate, according to an official from the Immigration and Customs Enforcement agency who attended the opening.

Johnson made use of the occasion to lambast Republicans in Congress for not fully funding the department he oversees. “If Congress is interested with me in supporting the border security measure we are outlining here today,” Johnson added, “it should act immediately on our budget request for fiscal 2015.” 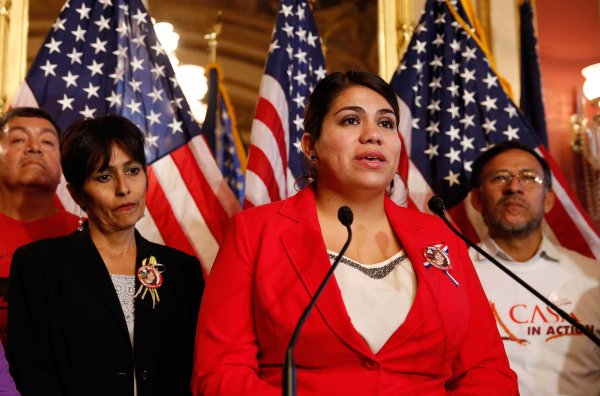 Activist Hailed as Face of Immigration Action Makes Her Case Before Congress
Next Up: Editor's Pick