The Senate confirmed Vivek Murthy as U.S. Surgeon General on Monday despite concerns he was underqualified and too outspoken on gun control to be the top spokesman on public-health matters.

Many Democrats praised the 37-year-old Murthy, an attending physician at Brigham and Women’s Hospital and an instructor at Harvard Medical School, who had been waiting since mid-November of last year to be confirmed.

“As ‘America’s Doctor,’ Vivek will hit the ground running to make sure every American has the information they need to keep themselves and their families safe,” said President Obama in a statement. “He’ll bring his lifetime of experience promoting public health to bear on priorities ranging from stopping new diseases to helping our kids grow up healthy and strong.”

Republicans and a few Democrats — Murthy was confirmed with the bare minimum of 51 votes — have balked at his nomination over comments in which he tied the politically charged issue of gun control as a health care issue. On Monday, the National Rifle Association confirmed that it would “score” the vote, threatening future support for members over his confirmation. West Virginia Democratic Senator Joe Manchin said in a statement that he opposed Murthy not because of his medical qualifications, but because of questions over whether or not he could “separate his political beliefs from his public health views.”

Illinois Senator Mark Kirk is the only Republican Senator who voted to confirm Murthy.

Murthy is best known for co-founding in 2008 Doctors for Obama, which turned into a pro-Obamacare group after the law passed in 2009. He has been endorsed by major health organizations like the American Heart Association and will be the first Indian American at the position.

Murthy was aided by a rule passed by Senate Democrats last year that required only a majority vote for presidential appointments, compared with the 60-vote supermajority of years past. His chances of being confirmed this year were also boosted over the weekend by the efforts of Texas Republican Senator Ted Cruz and others, who kept the Senate in session to protest President Obama’s executive action on immigration deferring the deportation of up to 5 million undocumented workers.

That gave Senate majority leader Harry Reid the opportunity to clear legislative hurdles before the chamber quit for the year and a new Congress. 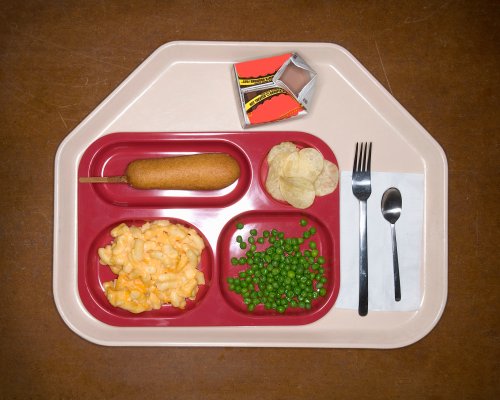 How Congress' Spending Bill Will Keep School Lunches Salty
Next Up: Editor's Pick