Ayaan Hirsi Ali: The Shahada in Sydney Reminds Us That Political Islam Is Deadly

This screengrab taken from the Australian Channel Seven broadcast shows presumed hostages holding up a flag with Arabic writing inside a cafe in the central business district of Sydney on December 15, 2014.
Channel Seven—AFP/Getty Images
Ideas
By Ayaan Hirsi Ali
Ayaan Hirsi Ali is the founder of the AHA Foundation and the author of Infidel, Nomad, and the new book Heretic: The Case for a Muslim Reformation.

There is still much that we do not know about the Lindt café siege in Sydney. We know that two innocent people are dead: the café manager, Tori Johnson; and barrister and mother of three Katrina Dawson. And we know that the armed man who was holding them and 15 other people hostage, Man Haron Monis, was a self-styled Muslim cleric.

Having been convicted of writing poison-pen letters to the families of fallen Australian servicemen, Monis was clearly no innocent imam. He had recently been charged not only with being an accessory to the murder of his ex-wife but also with more than 50 instances of indecent and sexual assault.

Yet Monis’ message to the world—emblazoned in Arabic on a black flag held to the window of the Lindt café—was a classic one: “I bear witness that there is no god but Allah, and Muhammad is His messenger.” This is the shahada, the Muslim profession of faith, and it is the most important of the five pillars of Islam.

An umbrella organization of Muslim groups in Australia was not slow to disavow Monis’ action: “We remind everyone,” they declared, “that the Arabic inscription on the black flag is not representative of a political statement but reaffirms a testimony of faith that has been misappropriated by misguided individuals that represent nobody but themselves.”

To those who recognized the black flag as closely related to the adopted standard of Islamic State, the murderous organization that now controls large tracts of Syria and Iraq—an organization to which Monis claimed to belong—this “reminder” will not quite do.

The shahada may seem a declaration of faith no different from any other to Westerners used to individual freedom of conscience and religion. But as a former Muslim who would dearly love to see Islam reform itself (as Christianity began to do five centuries ago), I disagree. The reality is that the shahada is both a religious and a political symbol.

In the early days of Islam, when Muhammad was going from door to door trying to persuade the polytheists to abandon their idols of worship, he was inviting them to accept that there was no god but Allah and that he was Allah’s messenger, much as Christ had asked the Jews to accept that he was the son of God.

However, after 10 years of trying this kind of persuasion, Muhammad and his small band of believers went to Medina and from that moment, Muhammad’s mission took on a political dimension. Unbelievers were still invited to submit to Allah, but after Medina, they were attacked if they refused. If defeated, they were given the option to either convert or die. (This was the option given to polytheist fellow Arabs. For Christians and Jews—regarded as the people of Holy Scripture, People of the Book—there was a third option: pay a poll tax.)

No symbol represents the soul of Islam more than the shahada. But today there is a contest within Islam for the ownership of that symbol. Who owns the shahada? Is it those Muslims who want to emphasize Muhammad’s years in Mecca or those who are inspired by his conquests after Medina? There are millions upon millions of Muslims who identify themselves with the former. Increasingly, however, they are challenged by fellow believers who want to revive and re-enact the political version of Islam born in Medina. And unfortunately, Western democracies have been all too ready to act as safe havens for the preachers of political Islam.

In Australia, as in all democracies where the rule of law is firmly established, the preaching of any religion is protected, as it should be. The self-styled “Sheik” Monis was an asylum seeker from Iran who took full advantage of this protection and indeed abused it criminally. Such cases are by now familiar. In recent years we have seen the exposure of extremist preachers such as Abu Hamza, once active in the U.K.; Fawaz Jneid in the Netherlands; and Taj Aldin al-Hilali in Australia itself.

Such men are not “lone wolves,” nor can their behavior be dismissed as merely symptoms of mental instability. They are part of a worldwide movement to awaken Muslims from what they consider the passivity of a purely religious Islam. Part of their strategy is to make existing Muslims politically active. And their starting point is always the shahada. If you are a true Muslim, they argue, it’s not enough to confess that there is no god but Allah and Muhammed is his messenger. You need to do something about it.

These preachers also seek to convert non-Muslims. Many converts may at first be attracted to the spiritual component of the shahada, but they pretty soon find themselves caught up in political Islam.

This latest act of terror will prompt the usual claims that Islam is a religion of peace and the usual denunciations—as “Islamophobes”—of those, like me, who disagree. The reality is that Islam is both a religion and a political ideology, and its latter form is anything but peaceful. In political Islam, the assertion that there is no god but Allah is full of menace for those who worship another god or no god at all. I well remember my last visit to Australia, just last year, when I was greeted by a pack of baying Islamists carrying signs that read: “Message to INFIDEL Ayaan Hirsi Ali. BURN IN HELL FOREVER.” Those same thugs were also carrying a flag inscribed with the shahada.

Even when they themselves do not commit acts of violence, radical preachers are very often the instigators of terrorist acts that their perpetrators glorify as jihad—holy war, as waged by Muhammad after Medina.

To the extent that sincerely peace-loving Muslims wish to combat this trend, they need to do more than utter platitudes. They need to disown the likes of Man Haron Monis before they resort to violence, when they are preaching it. Unless this political dimension of Islam is acknowledged and repudiated, we will see no end to this type of terror, and no city—not even Sydney, more than 8,000 miles removed from Medina—will be safe.

Ayaan Hirsi Ali is the founder of the AHA Foundation and the author of Infidel, Nomad, and the forthcoming Heretic: The Case for a Muslim Reformation, to be published next spring. 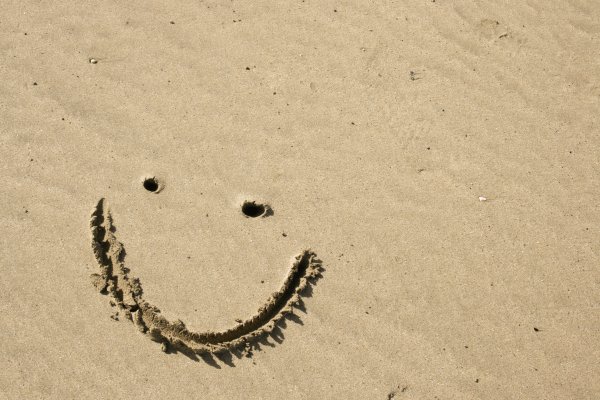 The One Word That Sums Up Everything You Need to Do to Be Happier
Next Up: Editor's Pick