In 2009 I invented a new kind of TV award, or perhaps “award.” Like a lot of critics, I always list the best shows of the year, and often the worst. But that inevitably leaves out a certain, often more interesting, group of shows: not mediocre ones, but shows that have ambitions that, for various reasons, they don’t manage to quite meet.

I named these awards The Cincies, for HBO’s 2007 drama John from Cincinnati, which was in some ways an inscrutable mess, but had moments of astonishing brilliance. If it was a failure, it was an interesting one, which is often a better thing to be than an unremarkable success.

A Cincy can be a commercial failure or a success. It can be a show that tried hard and just failed at greatness, or a show with the potential for greatness if it tried harder. Appearing on this list is not an insult; as I wrote in the awards’ first installment: “The Cincies, to me, represent one of my most important principles as a critic: that consistency and competence are less important than originality and ambition, and that sometimes, failure makes a greater contribution than success. There is too much programming on TV, and too little time in life, to spend that time with just-reliably-OK TV shows. The Cincies remind us that greatness and awfulness have more in common with each other than with adequacy and mediocrity.”

The Affair. The pilot of Showtime’s adultery Rashomon series was striking: perceptive, unsettling, and offering the promise of an intense emotional-psychological thriller. As it went on, though, its most central parts–the title affair between Alison and Noah, the police investigation that threaded everything together–became the least interesting. But much of the peripheral stuff was fascinating and well-observed (especially spouses Cole and Helen, who should just maybe have their own fling in season two).

Halt and Catch Fire. Like The Affair, this was one of those shows where the sides were better than the main course: protagonist Joe MacMillan (Lee Pace) was a beige-box Don Draper clone. But when it spent time with its supporting characters (Kerry Bishé was a standout as Donna), it made its unlikely setting–the gold rush of the early personal-computing era–truly electric.

The Leftovers. This show is not only a textbook Cincy, it is arguably the show most in the spirit of the Cincies’ namesake–the confounding, gorgeous spiritual mystery John from Cincinnati–since that show went off the air. Its best episodes were some of the best on TV this year, period, but for much of its run, this mournful serial was so focused on not being about the Rapture that it wasn’t clear what it was about. Still, in those peak moments–like the phenomenal Carrie Coon showcase, “Guest”–there was enough power to hope that season two, which will leave behind the Tom Perrotta source novel, will come into its own.

Married. Pro: Nat Faxon and Judy Greer. Con: Terrible pilot. Pro: Much better subsequent episodes. What started out as a mean-spirited half-hour about a schmuck trying to slip the old ball-and-chain has the potential to grow into a generous but warts-and-all comedy about the long haul of marriage and mortgages.

Mulaney. Often, The Cincies offer hope that a series can reach its potential in a second season. Mulaney will not likely get one. And it was not a good sitcom to begin with–it was an odd, dissonant ’90s throwback. But here and there it had the glimpses of a strong, distinctive comedy built on the premises of John Mulaney’s standup, which plays on the tension between being repressed and rebellious, the clean-cut pleaser with a dark turn of mind. Here’s hoping he gets another show some day, and that that show gets him. 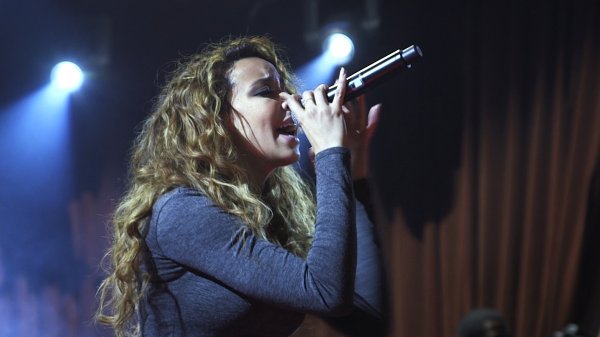 Watch Tinashe's Tips for Turning Up Your New Year's Eve Party
Next Up: Editor's Pick