You Asked: How Does the Internet Work?

Miguel Chateloin (L) and Lazaro Gamio (R) use their computers to write code that would allow people living in Cuba to use email to post to blogs during the Hackathon for Cuba event on Febr. 1, 2014 in Miami.
Joe Raedle—Getty Images
By John Patrick Pullen

Poor Ted Stevens. For the past eight and a half years, the world has had many a laugh at the late Alaska Senator’s expense after he described the Internet as “a series of tubes” while arguing against a Net Neutrality amendment in 2006.

Of course, anyone who’s ever sent an email or eyed a kitten photo online knows there aren’t any actual pipes involved. Still, the next time you hear someone essentially refer to the Internet as plumbing, ask them how the darned thing really works. According to Milton Mueller, a professor of information studies at Syracuse University, not only is the web not tubes (or a “web,” really), but it’s actually just a set of instructions.

“It’s more of a process than a thing,” says Mueller, who teaches, researches and writes about problems related to global Internet governance. “It’s protocol for breaking down the data that comes out of your computer into little units called packets.”

So, let’s say you’re enjoying this GIF of an elephant playing with a giant rubber band. Wherever in the world it’s stored on a server, the file itself is 16.8 megabytes. But when you navigate to its address by clicking on the above link, it gets broken down into thousands of packets, each of which is routed separately over the Internet through devices known as routers.

These routers take each packet, read the origin and the destination addresses and figure out where the packet should go next on its journey through the Internet. The packets hop from router to router until they all arrive at your computer and are reassembled into their proper sequence. Then, voilà, you’ve got a pachyderm ribbon dancing on your computer screen.

That process works for most things you’re doing on the web, from getting email to loading up Facebook. But when it comes to streaming media, like listening to Spotify or watching Netflix, that procedure is less than ideal, so they do something a little different. Streaming files still get broken down into packets, but instead of going from random router to random router over the Internet, they all follow the same path, helping to ensure the files don’t seem laggy or jittery when they arrive at your destination computer, where they’re reassembled.

“Think of a caravan of packets like elephants in the circus,” says Mueller. Each packet holding onto the next, trunk to tail, ensures that the streaming file follows the same path of routers through the Internet. “If the packets are coming from different routers, different directions, then it would really mess up the synchronicity or the flow of the voice stream or the picture stream.”

And this takes us back to Senator Stevens’ comments on Net Neutrality. The above process of routing packets (officially called the Internet Protocol) works great for non-streaming files. But broadband carriers argue that the increase in streaming media has stressed their networks, making it harder to transmit other traffic. That situation has led to bandwidth-heavy services like Netflix paying for so-called direct connections to ISPs.

If some files have prioritization over others, however, the Internet is not actually neutral. That’s a situation worrying many consumers, non-streaming Internet services, and even business ethicists. The issue is much more complex than this, as this video explains, and everyone has an opinion on it, from President Obama to Comcast to The Oatmeal. And as you think about how you use the Internet, you’ll probably come up with your own opinion, too. But whatever you do, don’t explain the Internet as a series of tubes. 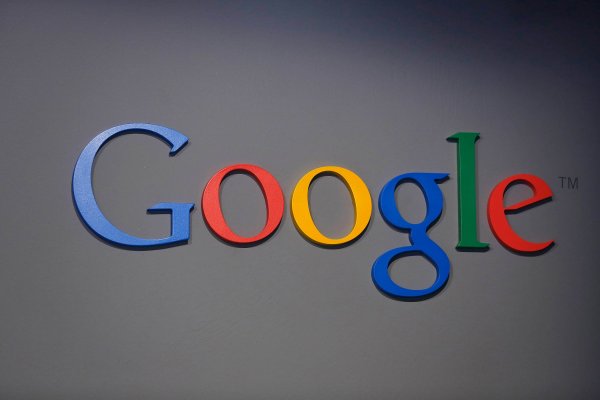 The One Celebrity We Couldn’t Stop Googling in 2014
Next Up: Editor's Pick