Here's Why the ISS Looks So Cluttered

The ISS is kind of like my man-cave. When the house was being built I went in and pre-staged a few things. I ran speaker wire across the floor and taped it down so that the carpet would be placed over it. I told the contractor where I wanted the coaxial outlet for the internet and where I wanted the one for the TV. We moved in and I set my room up and everything looked crisp, clean, and smooth.

And then time went by. Suddenly, the 4.1 speaker setup wasn’t good enough and I wanted 7.1. And then a decision was made to move all of the furniture around. I abandoned my desktop PC and switched to a laptop. And then I got an AppleTV box and a game console. One powerstrip was no longer enough for all of the equipment. My internet provider made me switch to a cable modem that didn’t fit in the space I’d designed for the old one.

The ISS is about as old as my house. It has been continually inhabited for 14 years. Forty-two crews have lived and worked aboard the ISS. It is an evolving vehicle. Technology has changed. The equipment needed onboard has changed. Sometimes, the mission changes. For example, when ISS was designed, no one foresaw it having to support ventilation for some of the commercial visiting vehicles. The companies that built those vehicles didn’t even exist. So the mechanisms where they attach weren’t designed with internal plumbing for that ventilation, meaning ducts have to be fed through the hatch.

The ISS was designed so that most of its essential systems would be cleanly secluded behind panels. But just like in my man-cave where once it is built, it’s easier to run a cable down a wall rather than inside the wall, on ISS it isn’t practical to remove all of the panels and pull out all of the racks to install new cables. There are also complexities involved in doing so with regards to safety analysis. The inside of a rack has thermal control equipment designed to handle a certain heat load. Randomly putting power supply block and power converters back there would derail any of the previous analysis.

A lot of the equipment needed by the crew has to be somewhat portable and a lot of it requires cables for power and data transfer. The crew’s primary interface to the vehicle is through laptop computers. There are around a hundred laptop computers onboard and they each need power and data connectivity. There is a lot of other portable equipment that also needs such connectivity. For example, when a visiting vehicle is arriving, the crew need to use a control panel that can send commands to that visiting vehicle. There’s one panel that is used for the HTV and Cygnus vehicles and another panel used for the Dragon. That panel needs to be in the Cupola, where the crew are monitoring that vehicle, but the panel also needs to be connected to the communications box that is designed to communicate with the visiting vehicles. Sometimes that box is several modules away, so an umbilical cable has to stretch through the vehicle. One of them has to cross through seven hatches—which means it is actually seven cables connected together. The list of portable cables on board the ISS is 18 pages long.

Sometimes, malfunctions in hardware necessitate using jumper cables. For example, if a rack loses power, data, or cooling, we may need to jumper it to a nearby rack rather than lose everything in that rack.

Sometimes, new equipment has needs that were not part of the original ISS design. For example, we have to be careful about limiting the amperage through a utility outlet port (UOP), so sometimes equipment will be connect to power converters in parallel. Sometimes new equipment has different voltage needs, so external connectors are needed to drop the 120 v to 28 v or 16 v. There are over a hundred power converters onboard. Sometimes a piece of hardware is certified to only be used with certain power strips, but it needs to be used far from any of those strips.

A not insignificant reason is that the crew are very busy. When they connect a piece of hardware, they will do so to make it effective and to make it safe, but they don’t always have time to make it neat. They can’t really cut a cable that is a bit too long because that cable may be needed elsewhere, later, and they can’t run out to Home Depot every time they need a cable.

This question originally appeared on Quora: Why does the inside of the ISS and the space shuttles look so cluttered with wires and devices? 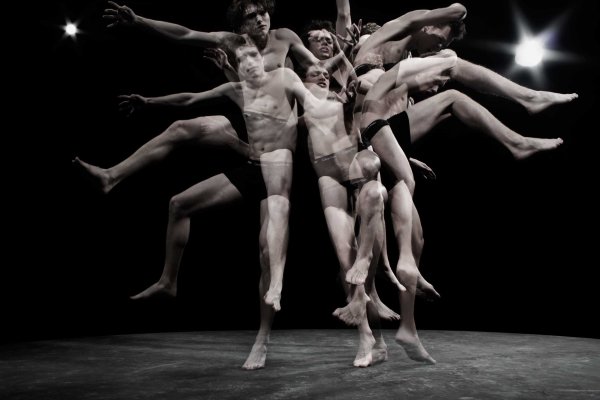