Eva Kor: What It Was Like to Be Experimented on During the Holocaust

My twin sister Miriam and I were used in Josef Mengele’s experiments at Auschwitz as ten-year-old girls. We were taken six days a week for the experiments. On Mondays, Wednesdays, and Fridays, we would be taken to the observation lab where we would sit for hours—naked—up to eight hours. They kept measuring most of my body parts, comparing them to my twin sister, then comparing them to charts. They were trying to design a new Aryan race, so they were interested in all these measurements. These experiments were not dangerous, but they were unbelievably demeaning and even in Auschwitz I had difficulty coping with the fact that I was a nobody and a nothing – just a mass of cells to be studied. On alternate days we would be taken to another lab that I call the “blood lab.” This is where they would take a lot of blood from my left arm and give me several injections in my right arm. Those were the deadly ones. We didn’t know the contents then and we don’t know today. After one of those injections, I became very ill with a very high fever. I also had tremendous swelling in my arms and legs as well as red spots throughout my body. Maybe it was spotted fever, I don’t know. Nobody ever diagnosed it.

As a guinea pig in Auschwitz, we had to realize that they could do to our bodies whatever they wanted and we had no control over what they put into us, what they removed, or how they treated us, and there was no place for us to go.

People often ask me, “Why didn’t you run away?” I am convinced those people know very little about Auschwitz. The barbed wire would electrocute you if you touched it. The whole camp was surrounded by that. Before you got to the high voltage fence, there was a ditch filled with water. So as you approached that fence, your hands were damp and you would be immediately electrocuted. At age ten, even if I succeeded to get out, where would I go?

Maybe I could have succeeded in running away when we were marched from Birkenau to Auschwitz I for some of the experiments. But as far as I could see when we were marching, that was all a military zone. Where on earth would I have gone if I escaped? I didn’t know how far I would even need to run. And of course, most of the time when someone escaped and they turned on the sirens, we would have to stand for roll call for two to four hours until the escapee was found dead or alive. If the escapee was found alive, they would be hanged in front of us. The lessons were very clear. If found dead, they would be brought in front of the group so we would know, nobody escapes from Auschwitz.

At age ten, I would not have dared to escape and I did not even think about it. That was so far from my mind. What I was thinking about every day was how to live one more day, how to survive one more experiment. I knew as the air raids were increasing, that this could not last for much longer. On the days when they would keep us for hours at roll call until the escapees could be found, I would often think, “Good luck – I hope you make it.” I never thought anyone did. I was lecturing in San Francisco about 15 years ago. They had about ten survivors who were introduced. One of them said, “I escaped from Auschwitz.” I was so excited! I went up to him and said, “Finally I know why I stood at roll call for so many hours – I am glad to know somebody made it.”

As twins, I knew that my sister and I were unique because we were never permitted to interact with anybody in other parts of the camp. But I didn’t know I was being used in genetic experiments.

I began lecturing about my own experiences in 1978. As I was telling my story, people would come up to me later on and ask about the experiments. Well, I remembered some details of my own experience, but I knew nothing about the bigger scope of the experiments. So I decided to read books about Josef Mengele, hoping to get more of an insight. But in all these books, it only had one or two sentences about him.

I was trying to figure out how I could get more information, and I was looking at the famous photo that was taken by the Soviets at liberation. I could see there maybe 100 children marching between those barbed wire fences who were liberated.

Here is a picture of me and Miriam, holding hands in the front row. I thought if I could somehow locate those other twins, we could have a meeting and share those memories.

It took me six years, but in 1984, with the help of my late twin sister Miriam, we found 122 “Mengele Twins” living in ten countries and four continents.

We had a meeting in Jerusalem in February of 1985.

We talked to many of them. What I found out was that there were many, many other experiments. For instance, the twins who were older than 16 or were of reproductive age would be put in a lab and used in cross-gender blood transfusions. So blood was going from the male to the female and vice versa. Sadly, they did not check—of course—to see if the blood was compatible and most of these twins died. There are twins in Australia who survived—Stephanie and Annette Heller—and there is a twin in Israel who was a fraternal twin—Judit Malick—and her twins’ brother’s name was Sullivan. I heard Judit testify in Jerusalem that she was used in this experiment with a male twin of reproductive age. She remembered being on a table during the experiment when the other twin’s body was turning cold. He died. She survived but had a lot of health problems.

The question is how many of these twins did survive? Most of them obviously died. I also know for a fact that Mengele did strange experiments on kidneys. Mengele himself suffered from renal problems when he was 16 in 1927. He was out of school three or four months according to his SS file. He was deeply interested in the way the kidneys worked. I know of three cases where twins developed severe kidney infections that did not respond to antibiotics.

One of them is Frank Klein, who lived in El Paso, Texas, after the war. He very much wanted to attend the gathering in Jerusalem, but he was on dialysis. He actually came with his nurse and very much hoped he would get a kidney so he could live like a normal person. He did get a transplant in 1986. I talked to him after the surgery and he said he was doing pretty good, but then three days later he died. The other twin whose name I don’t remember off the top of my head died also because of kidney failure problems.

Then, of course, my twin sister developed kidney problems with her first pregnancy in 1960. The problems did not respond with antibiotics. In 1963, when she expected her second baby, the infection got worse. This is when the doctors studied her and found out her kidneys never grew larger than the size of a ten-year-old’s kidneys. When I refused to die in the experiment where Mengele thought I would die (read about it here: What gives you hope during tough times?), Miriam was taken back to the lab and was injected with something that stunted the growth of her kidneys. After her third baby was born, her kidneys failed. In 1987, I donated my left kidney to her. We were a perfect match. At that hospital in Tel Aviv, they had been doing kidney transplants for ten years. None of them developed cancerous polyps except for my twin sister Miriam, in her bladder. All the doctors kept saying was that there had to be something in Miriam’s body that was injected into her that combined with the anti-rejection medication to create the cancerous polyps.

Other experiments I have heard of from survivors: Many twins who did not have blue eyes were injected with something into their eyes. Luckily Miriam and I had blue eyes. Mengele did some other strange experiments. Most of them were very much in the line of trying to understand how to make blue-eyed blondes in multiple numbers, the germ warfare experiments, etc. If one twin died, Mengele would have the other killed and then do the comparative autopsies. According to the Auschwitz Museum, Mengele had 1500 sets of twins in Auschwitz. There were only 200 estimated individual survivors. Everybody who has been researching that, including the Auschwitz Museum, said most died in the experiments and I agree. Dying in Mengele’s lab was very easy. I am one of the few I have heard about to be in the “barrack of the living dead” and get out of there alive.

I learned a great deal after the war in attending conferences, including one at the Kaiser Wilhelm Institute. This is where Mengele studied, and today it is called the Max Planck Society. They were trying to collect information about Mengele’s experiments. They invited several twins and a few other people used in experiments by Mengele. Here is a photo of me studying some of the vials used in experiments at Auschwitz.

Auschwitz was the laboratory for any experiments any Nazi scientists wanted to do. There was no limit on what doctors and researchers could do at these camps. So it was open season on twins and other human guinea pigs like us.

This question originally appeared on Quora: What was it like to be part of the genetic experiments on twins during the Holocaust? 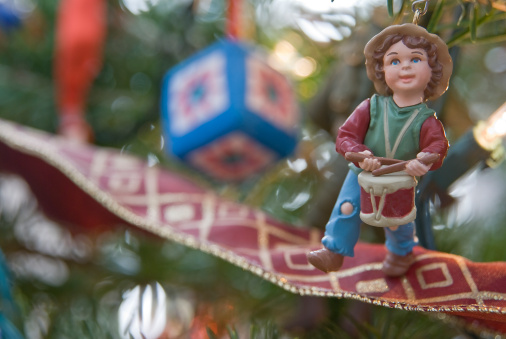