The Sony Hack, and Why Stolen News Is Still News

The Newsroom is over, but Aaron Sorkin’s critique of the media is not. Writing in the New York Times, the screenwriter says that any reporter who is reprinting information released in a massive hack of Sony computers–seemingly as retaliation for The Interview, a Seth Rogen comedy about an assassination plot against the leader of North Korea–is “morally treasonous and spectacularly dishonorable.”

Sorkin, as he admits, is an interested party: he’s writing a movie about Steve Jobs that’s the subject of some of the e-mails. I don’t hold that against him, though. He’s wrestling with a genuinely tough, disturbing subject, one that, when you start chasing down precedents and what-ifs, can make a hypocrite of just about anyone who argues it.

Including me: just this year, I argued against people watching the execution videos released by ISIS. A beheading video was “a deliberately filmed murder, a grisly performance meant explicitly to be shared for effect,” I wrote. “Watching them literally completes their purpose.”

But I wouldn’t argue against reporting that the ISIS executions happened. And like all analogies, this one breaks down on closer inspection. A hacked company e-mail is not the same as a murder is not the same as a stolen nude selfie. The Sony hack was (at least apparently) meant to expose and to punish; it’s another kind of violation, and intended for media consumption. Journalists reporting on it are indeed doing the work the hackers wanted them to do.

But they’re not simply posting raw hacked data wholesale. They’re applying judgment–not always correct judgment but judgment nonetheless–and deciding what part of the information constitutes news. You might not think a Hollywood salary dispute, say, is important news, but if it were reported through normal means, no one would bat an eye at it.

So the real question here is: does information that otherwise would be considered news suddenly become Not News because it’s given to you by bad people, through bad means, for bad reasons? To answer, we need to ask, to borrow a journalistic cliché, who, what, where, when, why, and how. Or at least four of them:

How: How did the Sony data come out? Because someone stole it, plain and simple. What’s not plain and simple is whether that makes it off-limits. It would be nice if there were a plain and simple rule, and that’s what Sorkin tries to set, arguing the legal standard of “the fruit of the poisoned tree.” But…

When: Stolen info is not always off-limits, as he later notes: it wasn’t in the case of the Pentagon Papers–or, for that matter, in the main storyline of The Newsroom‘s final season, in which the ACN crew held fast to their right to report an international-news story leaked by a Snowden-esque government whistleblower. Dean Baquet, the editor of the New York Times, has said that the Sony data is “not the Pentagon Papers” and yet “we have used documents surfaced by others.” Reporters do traffic in stolen information and report on communications they’re not supposed to have access to. The question is when: Which brings us to…

What: In other words, is any of this material legitimate news? Would we consider it newsworthy if it were obtained by other means? Certainly, a lot of the details the press has been picking over have been little more than gossip. (Then again, so is a lot of Hollywood news not obtained through stolen e-mails.) But whether or not you think that executives’ racist jokes about President Obama are the equivalent of the Donald Sterling scandal, it’s hard to claim, in the same year as the Sterling news, that they’re not news at all. And if it’s important–indeed, scandalous–that someone may be trying to punish a studio for offending North Korea, how is it not news (as the New York Times reported, using the e-mails) that that same studio asked filmmakers to change their movie to avoid offending North Korea in the first place? And if it isn’t…

Why: The critiques of reporting the data come down to the motives of the hackers. If (as is possible, though not definitive) they stole the documents to punish artistic expression, should news organizations have a higher bar because the source has bad motives? Should there be a lower bar for publishing stolen information from a whistleblower with good intentions? And who decides which intentions are which? News outlets decided that the information from the Edward Snowden leaks–also called “fencing stolen goods” by some–was important enough to publish. Snowden claimed patriotic motives–but what if he didn’t? Say he provided the exact same information, but did it with the express intention of bringing about the downfall of the United States. Would the same information suddenly become off-limits because of the mindset of the person who provided it?

That last question is the one that finally bothers me. I agree the press shouldn’t be complicit in airing snuff films, disseminating stolen nude pictures, reprinting the Social Security numbers of people who work for a targeted company. I agree that “We can, and other people will do it if we don’t” isn’t a good reason to run a story. “We’ll get a lot of traffic from it” is even worse. From all we can see, the Sony hack was a vile act done for vile reasons.

But I’m also disturbed by the idea of the press deciding who’s stealing information for the right reasons and for the wrong ones, and adjusting its definition of news accordingly. In the end, the right question to ask–at least journalistically–is, “Would this be news if we got it under other circumstances?” News judgment isn’t easy, and it can often be wrong. But I’d rather have news outlets judging news than judging their sources. 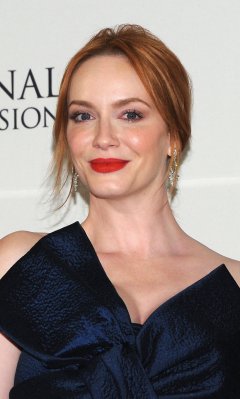 Next for Christina Hendricks: a Showtime Comedy Pilot
Next Up: Editor's Pick