It’s not just your doc who’s behind the times: magazines in doctor’s offices really are old, and now a new study in the BMJ proves it.

To test why waiting room mags are so outdated, the University of Auckland researchers equipped a waiting room with 87 magazines, both “gossipy” and news oriented, and tracked the rate at which they disappeared. Three out of five magazines that were published within the last two months were taken, compared with 29% of magazines older than two months. Over a month, an average of 1.3 magazines disappeared each day.

The study also found that people take “gossipy magazines,” defined in this study as periodicals with more than five pictures of celebrities on the cover, over news magazines like TIME and The Economist.

“Another follow-on study should be conducted to examine the effects on receptionists in a waiting room without gossipy magazines,” the study said. “Unfortunately we are not familiar with any clinic willing to participate in that research.”

Researchers decided to take on the unusual topic of magazine disappearance after one of the authors received numerous complaints from patients about the age of his office’s magazines. They concluded that magazine disappearance is widespread and estimated that, at $5 a magazine, it could cost practices in the United Kingdom $19 million—a sum much better spent on healthcare, they add.

While researchers adhered to established practices to conduct the study, they took a humorous tone in sharing their findings.

“Future research in waiting room science would include identifying who or what is responsible for the removal of magazines,” the study said. “This could involve a yet to be developed ‘find my magazine’ smart phone application.” 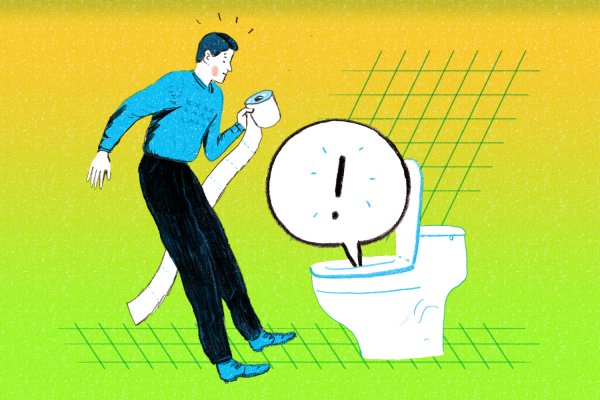 You Asked: What Is My Poo Telling Me?
Next Up: Editor's Pick