The canary in the coal mine of climate change may actually be something a little less feathery and a lot more slimy: Amphibians. Many of these creatures have already been in decline due to disease, and climate changes appear to be accelerating the problem.

Jason Rohr, a University of South Florida biologist, says that some amphibians are already being forced to shift the timing of their breeding in response to climate change. Salamanders in the Appalachian mountains are shrinking. As climate trends continue, Rohr says we can expect to see amphibians further altering their behavior, moving to new grounds, and expect more overall declines in species.

WORLD SCIENCE FESTIVAL: What Will The Humans Do About Climate Change?

In the Western U.S., climate change is adding to the problems of amphibians already threatened by introduced predators. Starting in the late 1800s, wildlife officials have been stocking previously fish-free ponds and lakes across the western U.S with predatory trout. For a time, native frogs and salamanders were able to retreat to shallower ponds and waterways, but now a warming climate threatens to dry up these shelters—which are vital for both amphibian breeding and the survival of young tadpoles. To mitigate the damage, a group of researchers writing in the journal Frontiers in Ecology and the Environment recently recommended making use of hydrological models to evaluate the way climate change will affect amphibian habitats, and selectively removing fish from ponds.

“Amphibians in the West’s high-mountain areas find themselves in a vise, caught between climate-induced habitat loss and predation from introduced fish,” University of Washington researcher Maureen Ryan, a coauthor on the paper, said in a statement.

The problem is even more dire in South America and Latin America. Frogs in the genus Atelopus have been decimated—71 out of about 113 species have gone extinct. Many of these extinctions are thought to be driven by interactions between climatic conditions and other factors, primarily the deadly chytrid fungus. Some scientists have argued that the the frogs’ tropical mountain habitats have been made more welcoming to the fungus by climate change, which has promoted the formation of clouds that lower daytime temperatures and raise nighttime temperatures, removing the extreme temperatures that may have previously kept the fungus in check.

Not all scientists are convinced that the spread of chytrid fungus is hastened by climate change—one 2008 study in particular suggested there was little link between the two, and some researchers have argued that the periodic warming cycle known as El Nino is more to blame for high-profile frog extinctions, like that of the golden toad.

WORLD SCIENCE FESTIVAL: Your State Bird Could Be Extinct By 2080

But some of Rohr’s experiments looking directly at how frogs fight the fungus suggest that the temperature fluctuations linked to climate change shouldn’t be counted out just yet. In 2012, Rohr and colleagues found that the chytrid fungus thrives and kills more frogs in cooler environments—but that when frogs are suddenly switched from one temperature-controlled environment to the other, they fare even worse than frogs kept in a consistently hot or consistently cooler incubator. Frog extinctions are more complex than any one cause can explain.

As the climate changes in the future, the unique biology of amphibians may also make them less able to adapt to drier, hotter conditions than other groups of animals. “I think they are potentially at greater risk from desiccation than many organisms without permeable skin,” Rohr says. “Additionally, they are the most threatened vertebrate taxon on the planet, and thus they are already experiencing extremely high threats. Climate change could worsen this scenario.” 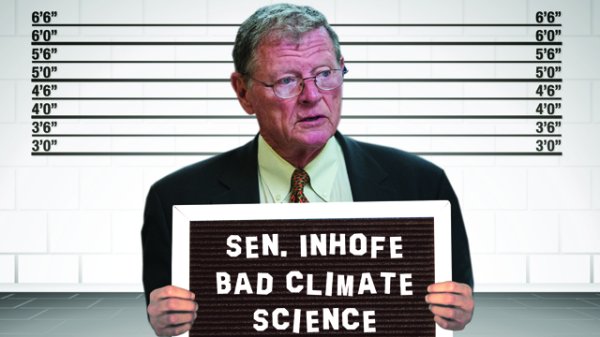