We Americans measure things our own way. Our yardsticks are marked in feet and inches, measures that are unfathomable to foreigners, nearly all of whom have been brought up in a decimals-only environment.

It was supposed to have been different. My generation of schoolkids was told a switch to the metric system was imminent. The popular narrative holds that this 1970s conversion movement failed, and that Americans have never gone metric because we are too obstinate or patriotic or just plain stupid to do so. This tale is wrong.

The United States is metric, or at least more metric than most of us realize. American manufacturers have put out all-metric cars, and the wine and spirits industry abandoned fifths for 750-milliliter bottles. The metric system is, quietly and behind the scenes, now the standard in most industries, with a few notable exceptions like construction. Its use in public life is also on the uptick, as anyone who has run a “5K” can tell you.

Why is it that America hasn’t gone full-on metric? The simple answer is that the overwhelming majority of Americans have never wanted to. The gains have always seemed too little, and the goal too purist.

The measurement debate actually goes back to our nation’s very beginning. The original metric system was developed in France during its revolution, and was so radically decimal that it divided the day into 10 hours. As our first secretary of state, Thomas Jefferson was charged with deciding which set of measures would be best for the country. He had been instrumental in creating the dollar—the first fully decimal measure any nation ever used. Jefferson rejected the metric system, however, because in origin he found it to be too French—which was saying something coming from the nation’s foremost Francophile. His beef was that the meter was conceived as a portion of a survey of France, which could only be measured in French territory. John Quincy Adams, for his part, couldn’t recommend that the United States adopt a measurement system that nearly vanished after the demise of the French Empire.

The meter’s fortunes would soon rebound, however. A new wave of revolutions in the 1830s would see France and Belgium re-adopt the system, while the second half of the 19th century would see it become a truly international system. The reasons for its adoption were various. Italy and Germany were unified out of dozens of statelets, duchies, and principalities, and a neutral system of measurement helped soothe parochial jealousies. Decolonization in Eastern Europe and South America created new nations keen to adopt modernity and standards that would align them with Western Europe. In all these cases, however, conversion was dictated by democratically deficient governments bucking the will of the people. The 1880s imposition of the metric system in Brazil led to a full-scale uprising that lasted months.

The strongest push in the U.S. actually came at the start of the 20th century, Alexander Graham Bell, and other notables testified at congressional hearings on metric conversion. The head of the new Bureau of Standards put forth the metric system as a vital national interest. But charges of elitism and wasting money came from a public that increasingly believed the U.S. should be the leader in global affairs and not just another follower.

Politics and economics have been the real incentives to go metric. The world’s most anti-metric nation—Great Britain—grudgingly began to ditch its Imperial system in the 1970s because it was the only way to gain access to the markets of continental Europe. Most of the rest of the world adopted the measures in order not to fall behind in the global economy.

There is no question that a uniform global system of measurement helps cross-border trade and investment. For this reason, labor unions were among the strongest opponents of 1970s-era metrication, fearing that the switch would make it easier to ship jobs off-shore. (Which it did.)

Is global uniformity a good thing? Not when it comes to cultural issues, and customary measures are certainly a part of our national culture. But to have brains trained in the thirds, quarters, sixths, eighths, and twelfths of our inches and ounces, as well as the relentless decimals of the metric system can only be beneficial, in the same way that learning a second language is better than knowing only one. That ours is a dual-measurement country is part of our great diversity.

The original version of this story misstated a common size of wine and spirits bottles in the U.S. It is 750 milliliters, not 75 milliliters.

Zocalo Public Square is a not-for-profit Ideas Exchange that blends live events and humanities journalism. John Bemelmans Marciano is the author of Whatever Happened to the Metric System? He wrote this for What It Means to Be American, a partnership of the Smithsonian and Zocalo Public Square. 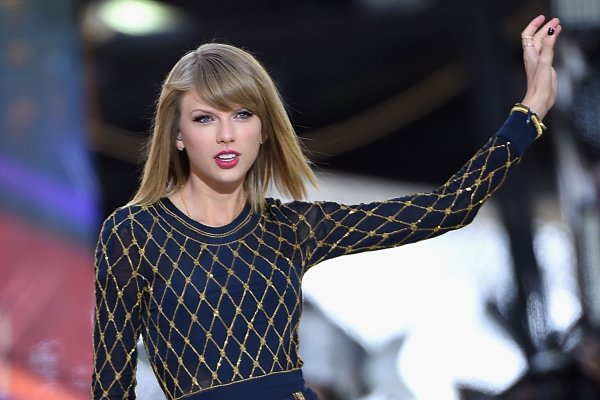 This Hanukkah-Themed Parody of Taylor Swift's 'Shake It Off' Is Pretty Clever
Next Up: Editor's Pick