This Is How Uber's 'Surge Pricing' Works

UberX driver, Michael Belet, checks the Uber customer app to see where other Uber drivers are working so he can determine where the best place for him to get fares might be, April 7, 2014, in Washington, D.C.
The Washington Post/Getty Images
By Dan Kedmey

The backlash against Uber’s surge pricing in the midst of an Australian hostage crisis on Monday was swift and decisive.

Uber riders in Sydney started tweeting about price hikes shortly after an armed assailant burst into a city cafe and took hostages, prompting a massive evacuation of offices and shops in the surrounding area. Fees hiked upwards of four times their normal rate, Mashable reported.

“I understand the way the business works — higher the demand, higher the charge — but four-times at $100 minimum is ridiculous,” one Uber user told Mashable. Almost price gouging at its worst.”

That “price gouging” argument echoed across social media Sunday evening, as it looked to many like Uber was trying to capitalize on a potentially deadly emergency. That conversation added another public relations headache to what’s already been a tough few months for Uber, which is facing lawsuits in several cities and an allegation that a male driver in India raped a female passenger.

Uber’s communication team, realizing what was up, tried to calm the outrage by arguing it was charging riders in Sydney more money to incentivize drivers to show up — which is how Uber has always explained its surge pricing.

“Fares have increased to encourage more drivers to come online & pick up passengers in the area,” read a tweet from Uber’s Sydney account. But many followers found the explanation callous, to put it mildly:

Uber reversed course within an hour, offering full refunds to affected users and free rides to those who were still trying to evacuate the area (Drivers were still getting paid). Even then, Uber added one last defensive note about its pricing policy: “Please note that surge pricing is used to encourage more drivers to come online and pick up passengers from the area,” Uber wrote on its official blog.

That supply-and-demand surge pricing argument has become a common refrain for the company, which has occasionally bumped up against public resistance to its shifting fares. “Seven decades of fixed pricing in car transportation is a lot to unwind in a night,” wrote Uber CEO Travis Kalanick in 2012.

What is Uber’s surge pricing?

Uber’s pricing algorithm automatically detects situations of high demand and low supply and hikes the price in increments, depending on the scale of the shortage. Those higher prices are supposed to make drivers more likely to bite, putting more Uber cars on the road when they’re most needed.

Demand surges have also been monitored by Uber’s human staffers, who have on rare occasions used their discretion to lower prices. After the great Uber Fare Hike of New Year’s Eve in 2012, for instance, Kalanick described the scene at Uber Mission Control. “To our dismay,” he wrote, “the pricing multiplier kept going up.”

“At some point the east coast cities started breaking 6x multipliers—we accepted defeat at that point—the unbending demand breaking our will. We would bring cities down to 3x, only to see conversion go up, supply go down, cars get saturated, and “zeroes” popping everywhere.” Zeroes are Uber’s term for riders who open the app and see no available cars in their area.

Does “surge pricing” get more drivers on the road?

The basic principles of economics would dictate it does — as would Uber’s experience. According to a blog post by Uber board member Bill Gurley, the program has been a success since its inception in early 2012. Uber’s Boston team first tinkered with a price hike on weekend nights around 1 a.m., when drivers tended to clock out just as the city’s public transit system approached closing time, a situation that created lots of demand for Uber cars.

“In just two weeks they had a resounding answer,” Gurley writes. “By offering more money to drivers, they were able to increase on-the-road supply of drivers by 70-80%, and more importantly eliminate two-thirds of the unfulfilled requests.” Economists call this responsiveness to price “elasticity.” Uber’s service does appear to be unusually elastic, given that its fleet of drivers expands and contracts in real time.

Is there a limit to Uber’s surge pricing?

Uber recently announced an algorithm change that sets maximum surge pricing levels during states of emergency in the U.S. When disaster strikes, Uber caps fares at a price that matches the area’s fourth highest price over the preceding two months. Uber has also vowed to donate its 20% commission on rides during emergencies to the American Red Cross.

In non-emergency situations, surge pricing of six to eight times the regular fare have cropped up in moments of extreme shortages. The highest multiple ever recorded was 50 times the regular fare, or $57 per minute, due to an apparent glitch in Uber’s fares in Stockholm, Sweden, Business Insider reports.

Yes, though it can skirt the boundaries of legality under extreme circumstances. At least 34 states and the District of Columbia have passed price gouging laws that forbid businesses from hiking prices in times of extreme emergencies. New York, for instance, can levy penalties of $10,000 for a business that marks up an “unconscionably excessive price” during an “abnormal disruption of the market,” such as Hurricane Sandy.

However, businesses can defend themselves by pointing to higher costs of supplying their service.

Does Uber worry about negative publicity from surge pricing?

As the hostage crisis in Syndey revealed, in extreme times of need, price hikes, rational as they may be, can also unleash a publicity nightmare.

Still, it seems no matter how hard Uber tries to explain its price system, riders’ final fare can still raise hackles. It’s practically become a meme on social media to post an image of a receipt for a three-figure ride, plus an expletive-laced tirade against surge pricing — despite the fact that the Uber app is very clear about surge pricing before users agree to a ride.

Uber board member Bill Gurley pointed out that the company would hazard a far worse form of publicity if it cancelled surge pricing: Chronic shortages of drivers. Better to weather the odd storm, he reasons, than risk a stream of complaints from “tons and tons of unsatisfied customers.”

Uber’s hostage crisis pricing flap may prompt a review of Uber’s pricing policy under extreme circumstances. But for the rest of the time, expect Uber’s surge pricing to stick around. 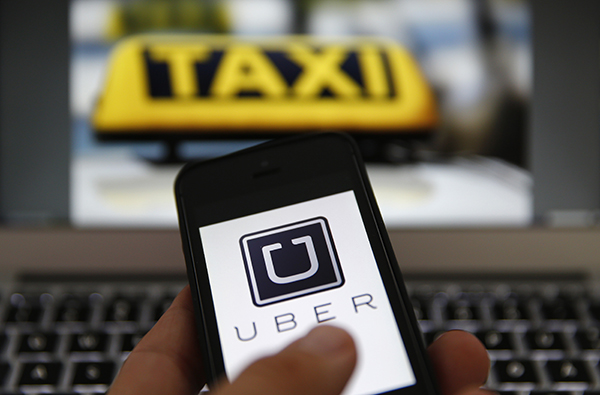