Palestinians Will Present a Resolution to the U.N. on Israeli Withdrawal

Chief Palestinian negotiator Saeb Erekat speaks to media about the peace negotiations between Palestine and Israel after a meeting with Russian Foreign Minister Sergei Lavrov (not seen) in Moscow on Aug. 19, 2014
Anadolu Agency—Getty Images
By Helen Regan

The Palestinians are set to present a draft resolution to the U.N. Security Council on Wednesday, setting out a two-year time frame for ending Israeli control of the West Bank.

Israel wants the U.S. to use its veto power to block the resolution from passing, but Washington remains undecided, Reuters reports.

“We all want to keep open the hope of a two-state solution and we all want to prevent to the best of our abilities an escalation of the violence on the ground,” an unnamed senior U.S. State Department official told Reuters.

U.S. Secretary of State John Kerry is due to meet Israeli Prime Minister Benjamin Netanyahu in Rome on Monday before flying to Europe to meet with Saeb Erekat, the chief Palestinian negotiator, and Nabil al-Arabi, head of the Arab League, to try and work out a compromise. 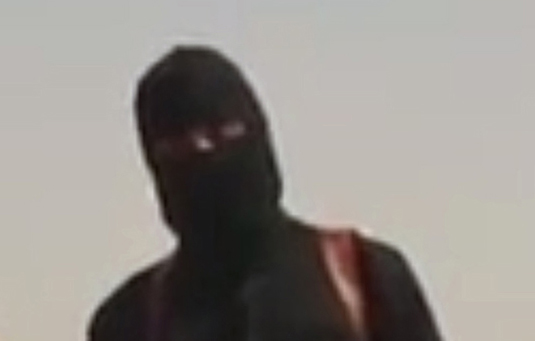 Is This the ISIS Executioner Who Beheaded Western Hostages?
Next Up: Editor's Pick