The Truth About Religion and Animals

Ideas
By Mary Eberstadt
Eberstadt is the author of several books, including It’s Dangerous to Believe and How the West Really Lost God.

This week’s story about Pope Francis telling a distraught boy that his dog would go to heaven was just so heartwarming—too bad it wasn’t true. It’s no wonder that media across the globe and pet-lovers everywhere fell for it. The story fit so neatly into what’s become a conventional narrative: the one in which “good” Pope Francis is pitted against “bad” Church traditionalists (often wrongly called “conservatives”).

It’s been pointed out here and there that Pope Francis isn’t quite as suited to the chosen stereotype as some people think. What the new shaggy dog story goes to show is that neither are the meanie traditionalists and conservatives themselves—especially when it comes to animal welfare.

And therein lies not a tail, but a tale.

The fact is that the most energetic thinking about that subject for the last several years has been emanating from just those supposedly backward quarters. It’s occurring not despite people with an affinity for religious and other traditionalism, but rather, by and because of them.

American Catholic and Catholic-influenced thinkers have been in the forefront of this budding moral movement at least since the appearance 12 years ago of Matthew Scully’s seminal book Dominion. Where the prominent Republican speechwriter first led, others of similar leanings have followed (this author included), mindful carnivores and vegans/vegetarians alike. Pro-animal writings and debate are now an itinerant cottage industry in venues like National Review, First Things magazine, at the American Conservative, and elsewhere far outside the orbits of the typically secular-to-atheist animal rights constituency inspired by utilitarian theorist Peter Singer (Animal Liberation).

Similarly, The New Atlantis recently devoted an entire issue to the moral consideration of animals, including Caitrin Nicol’s widely read instant classic, “Do Elephants Have Souls?” The latest issue of The Journal of Moral Theology likewise consists entirely of articles about the moral meaning of non-human animals. And so many evangelical Protestants are now speaking out that the Humane Society of the United States this fall released a 12-part video series called “Faith Voices on Animal Protection.”

Why so much interest in animal welfare from such perhaps unexpected precincts?

In part, the answer is that religious concern for animals comes as a surprise only to readers unacquainted with religion—a number that’s increasing, as many surveys show. As many “nones” seem not to know, theological concern for animals is in fact longstanding, as the dietary rules of Judaism concerning slaughter are the first to show. The Catholic Catechism states that animals are “owed” moral treatment, and many Christian thinkers have agreed; theologian Charles Camosy’s recent book For Love of Animals is a useful primer here. Among others, Trappists, Cistercians, Benedictines, and a number of saints have adopted vegetarianism or otherwise debated the requirements of mercy regarding animals. Recent popes have also appealed variously for clemency toward birds and beasts. Benedict XVI, to name one, deplored the industrial creation of foie gras, to the approval of PETA.

Today’s new moral energy is also emanating from such quarters for another reason: the similarity discerned by some people between the industrial trashing of animal life via factory farms, and the industrial trashing of human life via factory abortion. When Pope Francis decries the tragedy of a “throwaway culture,” he is not only talking about fast-food wrappers or unwanted kitties—as his 2013 Apostolic Exhortation Evangelii Gaudium, section 214, makes clear.

Once upon a time, concern for already-born animal life was thought to be on one side of the political aisle; and concern for unborn human life on the other. Today, more people can see beyond that false divide to a place where the two positions logically align. Maybe that’s why the Millennials, for all their vaunted progressivism, are more anti-abortion in polls than their Boomer parents; and they are simultaneously also more concerned with animal welfare, as the food industry is the first to know.

Whether furry friends await us in the hereafter is a question unlikely to be answered any time soon, including within the Apostolic Palace. But that more and more people today care about the dogs still here on earth—and the elephants, and the horses, and the pigs, and yes, the chickens too—is a widening social truth. And in a twist unforeseen a generation ago, believers from all over are helping to build that thing.

Mary Eberstadt is a senior fellow at the Ethics and Public Policy Center and author most recently of How the West Really Lost God. 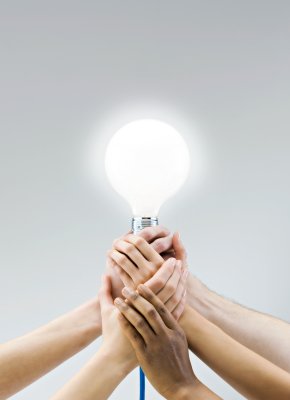 6 Secrets of Top Performing Work Teams
Next Up: Editor's Pick