Young men are a notoriously hard demographic to handle for public service campaigns — but you’ve got to give officials in South Dakota credit for at least trying to reach them.

State officials announced Friday they’re pulling a public safety ad campaign entitled “Don’t Jerk and Drive,”’ designed to discourage people from jerking on the road, something young men in particular are most likely to do.

“Jerking,” of course, is the habit of overcorrecting on icy roads by jerking the steering wheel back into place and not turning into the slide. What did you think it meant?

“Overcorrecting only results in chaos,” says the British, female narrator in the the ad. “And besides — nobody likes a jerker.”

Officials told The Argus Leader that the onanistic double meaning was intentional. “The message is that we’d prefer drivers keep their cars out of the ditch and their minds out of the gutter,” said Lee Axdahl, director of the office of Highway Safety. But after grumbling from some South Dakotans, including state Rep. Mike Verchio, officials decided to scrap the campaign.

“I decided to pull the ad,” Trevor Jones, secretary of the Department of Public Safety, said in a statement. “This is an important safety message and I don’t want this innuendo to distract from our goal to save lives on the road.” 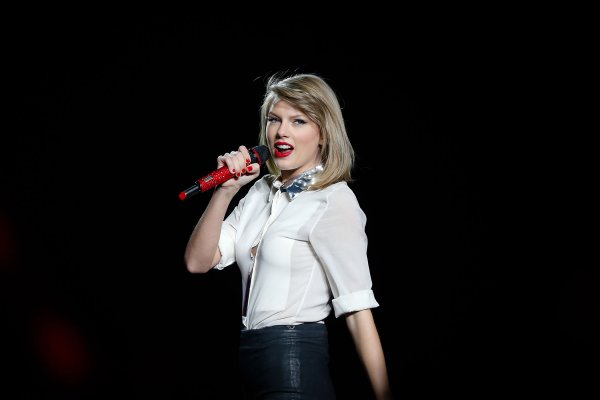 Here Are 25 Birthday Wishes For Taylor Swift On Her 25th Birthday
Next Up: Editor's Pick