Americans Get Sunnier About the Economy

Americans’ confidence in the economy is returning after years of doubt and pessimism, with economic output, jobs figures and retail sales in a strong upswing.

The Thomson Reuters/University of Michigan index of consumer sentiment rose to a near eight-year high in December, according to data released on Friday, similar to levels seen in boom years like 1996 and 2004, and the best since January 2007.

The increased optimism is a result of strength in many sectors of the economy. Economists expect a sharp drop in gasoline prices to help boost the economy in the coming months. The federal government forecasts the price of a gallon of gas will drop to $2.60 nationwide next year, compared with $3.37 this year, translating to greater spending rather than savings—particularly for low-income Americans.

Reasons for concern remain, including sluggish wage growth and the plight of the long-term unemployed. The drop in oil prices is also rattling the stock market, with the Dow dropping more than 300 points on Friday.

But the most recent jobs report was promising, with 321,000 jobs added to payrolls around the country in November—the biggest monthly increase in three years—holding the unemployment rate at 5.8%. The U.S. economy grew at an annual rate of 3.9% in the third quarter of 2014, and in the second quarter GDP grew 4.6%.

“Everything is pointing in the right direction for the consumer,” chief U.S. economist at Capital Economics Paul Ashworth said, according to Bloomberg. “We expect a pretty good run for consumption growth in the fourth quarter. It is a big boost for the economy.”

Americans are finally feeling the effects of the improving economy. According to the Reuters poll’s director, Richard Curtin, more consumers had good news than bad news when asked about the economy than in any month since 1984. But the first quarter of 2014 still saw a deep contraction in the economy of 2.6%, partially due to an unusually cold winter in many parts of the country.

The improving sentiment is likely to further boost the economy and could translate into higher worker wages and more consumer purchasing. 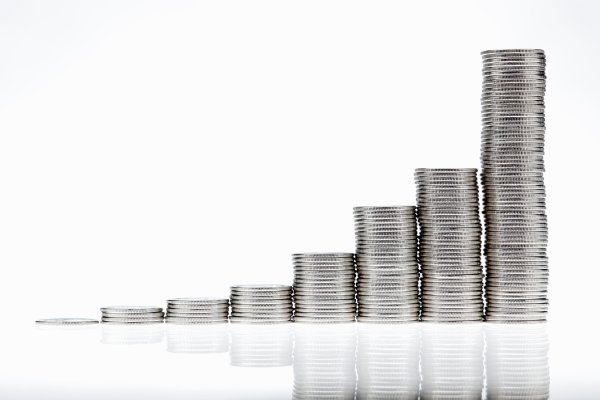 Wealth Gap Widens Between Whites and Minorities
Next Up: Editor's Pick