The man whose experience as a World War II prisoner of war inspired the new Angelina Jolie-directed film Unbroken was the youngest American athlete to ever qualify for the 5,000 meter race in 1936. But in an exclusive video premiering on TIME, Zamperini, who died earlier this year at the age of 97, recalls that the luxurious life of Olympic athletes had its challenges: namely, free food.

“Louis was a depression child, and he was a poor kid — he had eaten in a restaurant I believe once in his life before the Olympics,” says Laura Hillenbrand, who wrote the book that inspired the movie of the same name. But on the SS Manhattan, which carried the U.S. team to Berlin, Zamperini could eat to his heart’s content. He gained more than a dozen pounds on the voyage, which he says slowed him down during the big race — until advice from his brother inspired a last-minute push.

“I remember my brother telling me that one minute of pain was worth a lifetime of glory,” Zamperini recalls. Find out how he finished in the clip, above, and catch Unbroken in theaters on Christmas day. 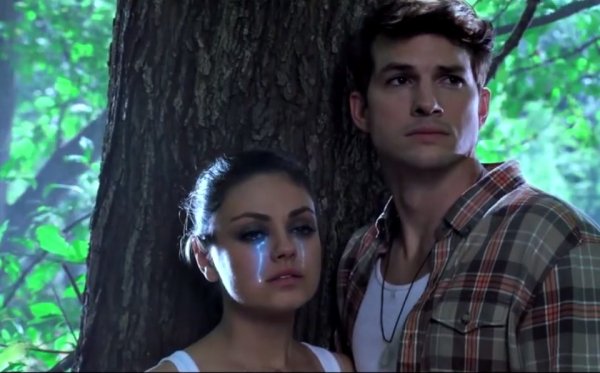 Watch Ashton Kutcher and Mila Kunis Star in a Fake Movie Trailer From Annie
Next Up: Editor's Pick