You Asked: What Is Venmo?

The Ebay Inc. Venmo application (app) is arranged for a photograph on an Apple Inc. iPhone 5s in Washington, D.C., U.S., on Friday, Aug. 22, 2014.
Bloomberg—Bloomberg via Getty Images
By John Patrick Pullen

For non-social media savvy web users, distinguishing your Twitters from your Facebooks can be difficult.

Twitter’s vice president of data strategy, Chris Moody, has called his network “the most important archives of human thought to have ever existed.” It’s arguable, but if it’s correct, Facebook might be the same, only for actions instead of thought. Facebook is where you pester people to play Candy Crush (please don’t), post pictures of your sandy toes on the beach (yuck), and give everyone updates on how you crushed your latest run (stop showing off).

And recently you’ve starting to see posts like these: “Alex paid Sarah for dinner,” by an app called Venmo. So what’s that all about?

Venmo is a way to send money from person to person through the web. Like PayPal (which owns Venmo), the Internet and mobile device-linked service connects to your major U.S.-based bank account or debit card, so it can pull funds from and make deposits into your checking or savings accounts. Typically used for paying friends back for a bar tab, splitting up the rent check, or settling with the babysitter at the end of the night, it’s designed to take the place of any instance where you would normally use cash or a check to give someone money.

“Venmo’s goal is to make sending money or giving money to people much easier, much simpler,” says Mike Vaughan, Venmo’s general manager. “It doesn’t have to be so hard or complicated when you get money from somebody or have to give money to somebody.”

Of course, ever since society moved away from trading chickens and pelts, cash and coinage has worked great for most purposes. But the explosion of mobile Internet devices and social networks has made cashless payments like Venmo even easier than hitting the ATM. In the last quarter alone, for example, Venmo processed $700 million in payments, a massive number that was up 50% over the previous three months.

I know what you’re thinking: how much of that $700 million does Venmo keep for itself? Nothing, at least when it comes to you paying a friend.

“Venmo was built to be entirely free for that person-to-person experience, and we intend to keep it that way,” says Vaughan. “We’re in effect replacing you handing a $5 bill over to your friend — you don’t pay to do that, and your friend instantly has $5 in his hand.”

But don’t think for a minute that Venmo is a non-profit. As previously referenced, Venmo is owned by PayPal, which also has interests in online-payment processor Braintree. And over the next year of operating under this umbrella, Venmo will start to become a payment method available to users for more than just person-to-person deals.

For instance, says Vaughan, instead of using Venmo to pay a friend when splitting a ride on Uber (which is a Braintree client), users can just pay Uber directly with Venmo.

“The business model then is just the same business model Braintree and PayPal already have created, which is merchants pay to collect for merchant processing,” says Vaughan. “Venmo’s piece of that is really connecting a consumer experience to a merchant that didn’t exist before.”

And coming full circle to the Facebook posts, users can post the bare-bones details of their transactions on Facebook if they want, including who they paid and what for — but Venmo never posts how much money has changed hands. Or, users can elect to keep the transactions private, because not everyone needs to flash their (virtual) cash to friends and followers.

Still, there’s something to be said for the social element of Venmo’s payments. “I can go on in the morning and see what my friends did, where they went last night, because somebody paid somebody back for dinner at a restaurant,” says Vaughan.

Still, posting is just an ancillary feature of this seamless payment platform. “First and foremost, we’re handling people’s money for them, and we have to earn their trust,” says Vaughan. To that end, one of the service’s goals is to keep it simple enough so that users understand exactly what’s going on, not only with their money, but their posts. And there is an option that ensures none of your payments can be seen by anyone else. And as a special request to my Facebook friends reading this: Please check that box. 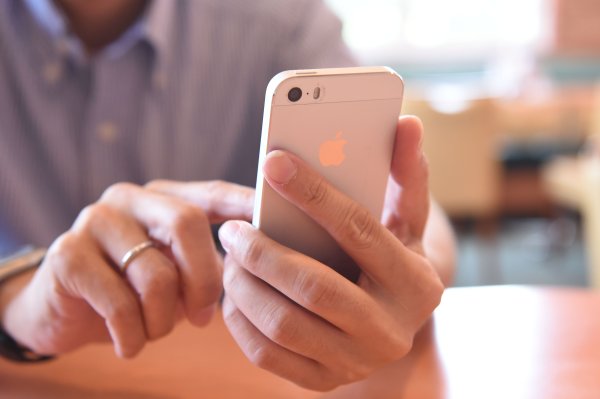 These iPhone Apps on Sale This Weekend Are Crazy Good Deals
Next Up: Editor's Pick