Attack on Sony Marks a Dangerous Escalation in Cyber Warfare

The recent cyber-attack on Sony Pictures Entertainment marks a sharp escalation in computer warfare and highlights the growing U.S. vulnerability to a cataclysmic attack, the outgoing chairman of the House Intelligence Committee warned Friday.

Rep. Mike Rogers, R-Mich., says a nation-state is responsible for the attack. The culpable country, he suggested, is most likely North Korea, stung by the company’s new production of The Interview, a movie comedy built around a U.S. plot to assassinate North Korea’s leader, Kim Jong-un.

“That was the first [time]—if you take at face value public reports—a nation state decided a retribution act could result in destroying data, bringing down a company,” Rogers said. While he declined to finger North Korea as the culprit, he made it clear he believes it is responsible.

Pyongyang has said it had nothing to do with the attack, which destroyed Sony computer files and took the company’s computers offline. The hackers also stole terabytes of embarrassing internal information, some of which has been leaked, including senior executives making racist jokes about President Obama. But North Korea praised the attack as a “righteous deed.”

“I would argue, as a former FBI guy,” Rogers said, “that when a nation state says ‘This group…did this on behalf of the North Korean people because of the Great Leader, and we appreciate it,’ as we would say in the FBI, that is a clue.”

Rogers said the U.S. must beef up its cyber defenses, and warned that the public continuing sense that it has more to fear from the federal National Security Agency than hackers is misplaced. A recent bill that would have given the NSA a bigger role in protecting U.S. computer systems failed to make it through the Senate after passing in the House.

Rogers said there has been a series of smaller attacks that should have awakened the U.S. to the problem:

Even the attack on Sony didn’t have the impact Rogers believes it should have:

Rogers, who is leaving Congress after 14 years to become a talk-radio host, said such nonchalance is dangerous. “Somebody, at some point, is going to decide to flick the switch,” he said. “And when they do, we will have a significant economic catastrophic event.” 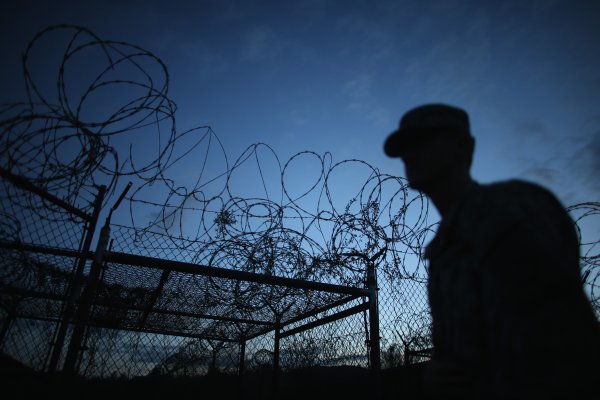