An autopsy of the 12-year-old black child shot by Cleveland police last month after they saw him holding a toy pistol has been ruled a homicide, authorities said Friday.

Tamir Rice died of a “gunshot wound of torso with injuries of major vessel, intestines, and pelvis,” according to the autopsy. Rice was shot by police on Nov. 22 after he was witnessed playing with a pellet gun near his home. He died the next day. The police were responding to a 911 call in which the caller said that “a guy” was pointing a pistol at people and scaring them, but the caller noted twice that the gun was “probably fake.” Police are investigating what portion of the 911 call was relayed to the responding officers who shot Rice.

Rice’s shooting death came amid growing national scrutiny into police use-of-force against unarmed black men who have died in recent months. The deaths of Michael Brown in Ferguson, Mo., and Eric Garner in New York City sparked nationwide protests this month after grand juries declined to indict the police officers in both cases. 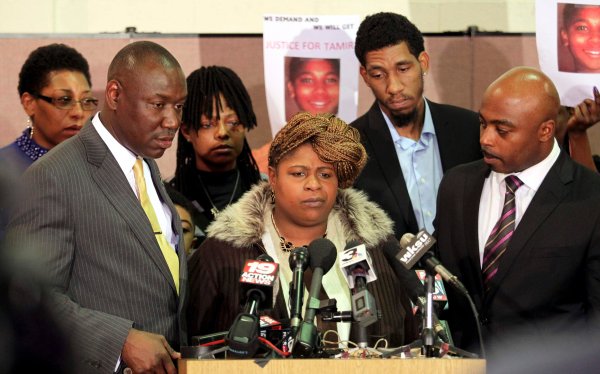