Is Reading Executives' Hacked Emails Really Any Better Than Peeping at Hollywood in Its Birthday Suit?

Scott Rudin and Amy Pascal attend the Sony Pictures Classic 68th Annual Golden Globe Awards Party held at The Beverly Hilton hotel on January 16, 2011 in Beverly Hills, California.
Jean Baptiste Lacroix—WireImage
Ideas
By Nick Gillespie
Nick Gillespie is the editor in chief of Reason.com and Reason.tv and the co-author with Matt Welch of The Declaration of Independents: How Libertarian Politics Can Fix What’s Wrong with America.

It was just a few months ago that everybody and his grandmother was truly livid—or at least feigned anger before firing up our search engines—when hackers released naked pictures of celebrities ranging from Jennifer Lawrence to Kate Upton to Dave Franco. Curiously, such outrage is almost completely missing in the media’s response to the massive hack attack against Sony Pictures Entertainment, which may be linked to the North Korean government and has dumped private emails, contracts, files of unreleased movies, and more all across the Internet.

This time around, there is unapologetic prurience at the chance to get a real behind-the-scenes look at an industry long notorious for its wicked, backbiting, and hypocritical ways. Big-shot producer Scott Rudin tells Sony co-chair Amy Pascal he thinks Angelina Jolie is “a minimally talented spoiled brat”? A-List director David Fincher is as difficult as Hitler was anti-Semitic? Tell us more!

Whatever the differences in public responses, the episodes underscore two basic points that are worth learning fast: First, nobody cares about other people’s privacy, especially if the divulged material is juicy enough. Second, privacy is itself a highly fluid concept that will have probably changed yet again by the time you finish reading this article. Once upon a time, for instance, the Supreme Court ruled that federal agents didn’t need warrants to tap phones. Privacy is invented more than it is discovered.

The deep pull of hacked naked pictures of celebrities isn’t simply that we common people get to see the stars in their birthday suits. After all, many celebrities have either bared all on their day jobs and hyper-realistic Photoshopped fakes of everyone from Sarah Palin to Joe Biden already haunt the Internet like Banquo’s ghost (there are probably full-junk shots of him online too). It’s that these are images that were not meant to be seen by the mere public (indeed, that was the lure of early celebrity sex tapes that, often as not, may have been made with the intention their being leaked). They promise some sort of secret knowledge of the “real” star that Hollywood has always tried to obscure in its manipulation of public images. In an age of Wikileaks, Edward Snowden, and–more importantly–TMZ, we don’t just want to see the finished product, we want to see what’s behind the curtain. And what execs really think of the stars they pay so well.

That’s true from the hacked emails and documents from Sony. When studio executive Clint Culpepper calls rising comedian and movie star Kevin Hart “a greedy whore” for demanding payment to do “social media” on a movie, it’s the sort of revelation that confirms all of our nastiest intuitions. The hypocrisy on display in the emails—a movie mogul pissed at a performer asking for money?—is nothing short of electrifying.

Similarly, when studio head Pascal and Oscar-winner Rudin—both public, liberal supporters of Barack Obama—start dishing race-based jokes about the president, we know we’re finally on the inside of a walled fortress built to protect phonies. “Should I ask him if he liked Django [Unchained]?” quipped Pascal in a note to Rudin written shortly before she was about to meet Obama at a fundraiser. “12 Years [a Slave],” replied Rudin.

This isn’t to say that there aren’t moments of something approaching valor and artistic courage. It’s widely believed the hack has some connection to The Interview, an upcoming comedy in which Seth Rogen and James Franco play bumbling journalists tasked by the U.S. government to assassinate North Korean dictator Kim Jong Un (that country’s officials have denied any involvement while denouncing the film as a “terrorist act”). After Sony proposed edits to the movie’s finale, apparently to make the movie less offensive to Korean communists, Rogen pushed back, telling Pascal, “This is now a story of Americans changing their movie to make North Koreans happy.” Good for Rogen, but when the star of Zack and Miri Make a Porno is the conscience of your industry, you might have bigger problems than learning how to turn on a firewall and encrypt your data.

There’s no question that Sony, like Apple in the nude photos hack, didn’t do enough to prevent the exposure. In 2011, Sony’s Playstation network was hacked, costing the company $171 million in damages and repair. Amazingly in the wake of that, Sony reportedly didn’t even encrypt sensitive data such as passwords and employees’ Social Security numbers.

The saving grace for Sony and victims of hacks may be that as it becomes increasingly difficult to keep secrets from determined hackers, the public will become less and less judgmental. Even a few decades ago, the release of nude photos was enough to cost Miss America her crown. However mortified they might be personally, none of the celebrities outed in the nude picture hack can claim much if any damage to their professional life. So it is with Hollywood hypocrisy and scandalous personal behavior, which has never been in short supply.

Short of revelations of serious crime—such as the rape allegations Bill Cosby is facing—the public will simply consume any behind-the-scenes drama as something akin to a bonus track on a DVD. If anything, expect seemingly unauthorized “hacks” to become strategically deployed to pique curiosity about projects. Certainly, The Interview is a more interesting movie when we know that studio executives wanted to tone it down.

And expect Hollywood players—phonies that they are—to be the most forgiving of all. Rudin and Pascal have already apologized for their “racially insensitive remarks” and Pascal has begun a ritualized apology tour by phoning the Rev. Al Sharpton and promising to go on the tax-avoiding MSNBC host’s show. Pascal has even managed to air kiss Angelina Jolie, the object of withering scorn in one of the most widely discussed email exchanges with Rudin. Most important, though, Rudin and Pascal have reportedly also forgiven each other for their harsh comments. Because in Hollywood, after all, it’s who you know that counts most of all. 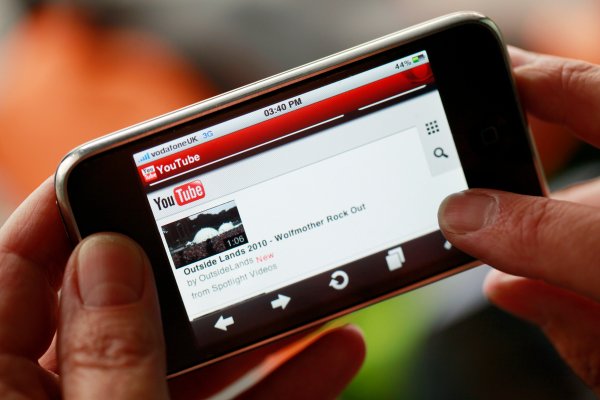 We Hope YouTube Launches This Cool New Feature Worldwide
Next Up: Editor's Pick