Who Is Amy Pascal? Meet the Exec Tangled Up in Sony's Leaked Emails

Sony executive Amy Pascal found herself in the headlines this week after her company was hit by hackers, exposing emails ranging from racially insensitive exchanges about President Obama to reports that she served as an intermediary between the company’s brass and Seth Rogen in toning down Kim Jong-un’s death scene in The Interview (though Rogen has thanked Pascal for having “the balls” to make the movie at its Thursday premiere).

Though Pascal’s name may be unfamiliar to some readers, her films surely are not: she’s overseen major blockbusters from When Harry Met Sally to The Da Vinci Code.

Pascal is currently the Chairman of Sony Pictures Entertainment Motion Picture Group, the division responsible for the company’s film production. Alongside Michael Lynton, she’s also co-chairman of Sony Pictures Entertainment (SPE), the umbrella over the Motion Picture Group, the Television Group, Networks and other operations. Lynton is CEO of SPE, and as such is Pascal’s boss.

Pascal began her career as a Hollywood secretary and soon climbed the ranks to become Vice President of Production at 20th Century Fox. She joined Columbia Pictures, a division of SPE, in 1988, overseeing movies like Groundhog Day and A League of Their Own. She left in 1994 to become President of Production at Turner Pictures, but returned to Columbia two years later as President. She was promoted to Chairman of SPE’s Motion Picture Group in 2003, and became Co-Chairman of SPE in 2006.

Pascal and Lynton have had a fruitful relationship as business partners, with Pascal acting as the intuitive pro at picking scripts likely to succeed and Lynton functioning as her business-minded counterpart. According to a 2009 New York Times story, Lynton couldn’t fathom Superbad becoming a profitable film when he read the script, but since it wasn’t very high-budget, Pascal was able to convince him they should take it on. It was a good bet: the movie cost only $18 million to make, but yielded $120 million at the domestic box office.

Though Pascal engaged in racially inappropriate emails with producer Scott Rudin (for which Pascal apologized), speculating on President Obama’s taste in films with African-American narratives, she’s been a generous donor to Obama and other Democrats.

Pascal is on Forbes’ 50 Most Powerful Women list and was elected to the Academy of Motion Picture Arts and Sciences’ board of governors last year. 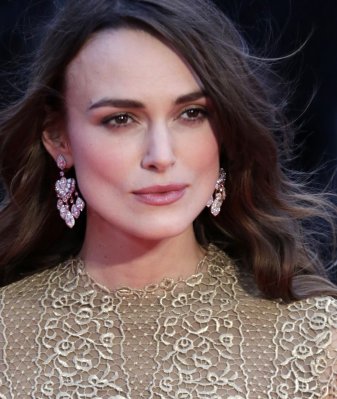 Keira Knightley Is Expecting Her First Child
Next Up: Editor's Pick