1 Million People Have a Disease You've Never Heard Of

It’s a tale scientists are tired of telling: a disease that’s been carefully watched and studied for years is suddenly infecting an unprecedented number of people while promising drugs and vaccines sit on shelved, unfunded.

This time it’s not Ebola but a mosquito-borne disease called chikungunya, which causes debilitating joint pain and has infected more than 1 million people just this year. Originating in Africa, the virus has rapidly spread into the Caribbean and Central and South Americas, with a smattering of cases in the United States. Chikungunya is nothing like Ebola, but scientists who study it find themselves in a predicament similar to Ebola researchers: Despite decades of study, there’s still no way to treat or prevent it, due in part to a lack of interest from drug companies.

“[Chikungunya] is another example of an emerging infectious disease that we clearly have a light at the end of the tunnel for in a vaccine, and it’s pharmaceutical interest that really seems to be the road block,” says Dr. Anthony Fauci, director of the National Institute of Allergy and Infectious Diseases, who is trying to get support for a chikungunya vaccine his team developed. “It’s the big dilemma. The frustration. Back when Ebola was not on the front pages, we didn’t have very many enthusiastic pharmaceutical companies.”

MORE: TIME Person of the Year: The Ebola Fighters

In late 2013, chikungunya hit the west for the first time, in St. Martin. Now, in Puerto Rico alone, there were 10,201 reported cases from May to August 2014. In prior years, the Centers for Disease Control and Prevention (CDC) would only see an average of about 28 cases of chikungunya in the United States brought by travelers who had visited affected countries, primarily in Asia. But so far in 2014, there’s been over 1,900 recorded cases stateside.

Often, chikungunya is compared to dengue fever, but while chikungunya is not often fatal, up to 80% of people infected will show symptoms, which can be excruciating, says Dr. Pilar Ramon-Pardo, a PAHO/World Health Organization adviser in clinical management. “People cannot move because it’s so painful. There are tears in their eyes,” she says. “Sometimes there’s not an appreciation for chikungunya because it has a low fatality rate, but it’s a real public health problem. The economic impact from disability is high.”

Chikungunya was first identified in 1952 in Tanzania, and the more recent outbreaks started emerging in 2003 in East Africa, then spread into Southeast Asia, the Pacific Islands, and eventually to India, where millions of people were infected in 2006. In 2007, it touched down in Italy, at which point the CDC with the Pan American Health Organization (PAHO) doubled down to ensure countries were equipped to keep an eye on—and diagnose—the disease.

“We are very concerned about chikungunya moving into the Western Hemisphere,” says Dr. Roger Nasci of the CDC. “We have the two different species of mosquitoes in the U.S. capable of spreading the virus.” Massive outbreaks in the United States are unlikely; the temperate U.S. climate isn’t especially mosquito friendly, and widespread use of window screens and bug spray limit most Americans’ risk. Still, the disease takes a toll, and other countries are at risk of even more massive outbreaks.

Researchers at the National Institutes of Health (NIH) recently published results from a successful vaccine trial for chikungunya showing it’s safe but in order to take that vaccine to the masses, it needs to undergo an efficacy trial—and then it needs a distributor. Without a pharmaceutical partner, Fauci says a timeline for a chikungunya vaccine is “impossible to predict,” though the NIH is currently meeting with two undisclosed companies for possible partnerships.

A frequent source of funding for neglected infectious diseases, the Bill & Melinda Gates Foundation, does not have any active grants or investment in chikungunya. Meanwhile, for Fauci, getting backing for chikunhunya is a “here we go again” task of trying to churn up interest in a disease that doesn’t make headlines. “It’s a theme that continues to recur among my colleagues and I,” says Fauci.

Read next: The Unexpected Animal Group Dying from Climate Change 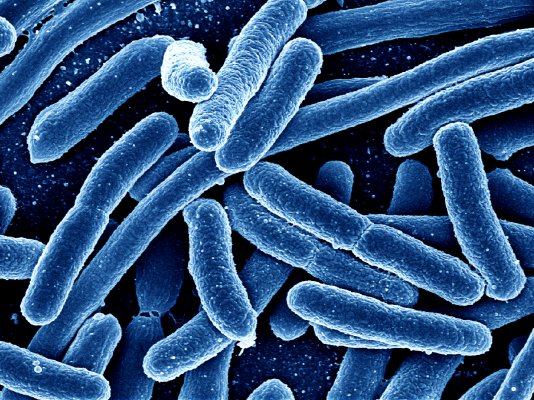 Drug-Resistant Superbugs Could Kill 10 Million By 2050
Next Up: Editor's Pick